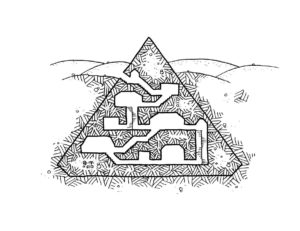 It took me several months to transpose this holographic  several hundred years old map to the today’s world. This wasn’t easy, because vast green plains stretched as far as the eye could see, in place of the great cities of the past were built. Arid zones have been created and others have been replaced by impenetrable primary forests. All the landmarks disappeared, and I could only count on the topography of the places to help me.

I had great difficulty in distinguishing the entrance to the pyramid. The violet tint of the strange mineral used for the construction was barely revealed among the multitude of  green shades of lianas and thick ferns. I didn’t immediately understand the usefulness of this underground building, but things cleared up as I went along my exploration.

I was more and more certain that the Edownian simply couldn’t disappeared like this. Not without leaving a message or an explanation. It was simply not possible from a such powerful organization, capable of annihilating a whole world so easily. They must have provided an alternative. And suddenly, in the depths of the pyramid, I fell upon a gigantic console resembling one of the illustrations contained in the great sacred book. The texts allowed me to understand how to activate it, but I don’t know what it will happen if I do.

Extract from “Transcendence”, by Yago Faldur 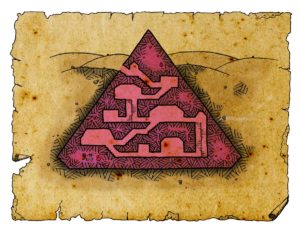