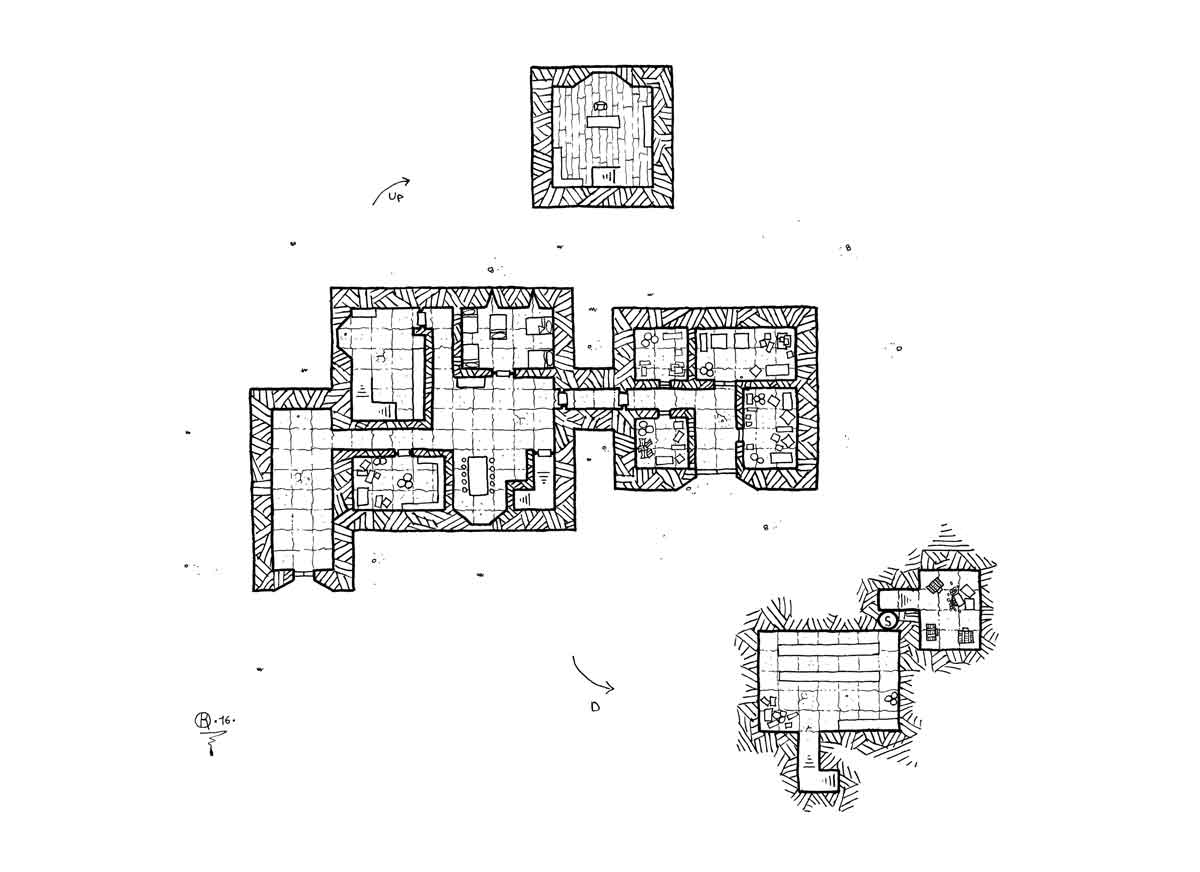 No. 79
It is rather surprising!
All the living beings that I have had the occasion to meet and courageous enough not to be frightened by my presence were more intrigued by the circumstances of my death than by the esoteric mysteries raised by my ghostly condition. Anyway, my death wasn’t very glorious. Everything happened because of the Elpidrax, a magical weapon crafted by a powerful black mage, forgotten for a long time. The blade is made from the bone spikes of a manticore’s tail. The handle is finely carved, directly into the bone, and a human skull cap, cut into a pentagon, serves as its handguard. I knew that the Elpidrax is indestructible and that it slows down the natural aging of its user, but I quickly understood a darker side to its powers. I could spend hours contemplating the quality of the engravings on the handle and the strange appearance of this weapon. Over time, I took more and more pleasure in seeing it shred the flesh of my enemies.
One night, while I was camping at the edge of the forest, not far from a village, I was robbed. I just had time to recognize a cape from the Rogue Birds before they disappeared into the night. I spent the whole night wandering around the village looking for the slightest sign. I had only one idea in mind: to retrieve Elpidrax. The next day, I finally managed to extort information to a local thug about the Rogue Birds Guild’s warehouse. I infiltrated the building, but I was quickly caught while searching in the basements. I tried to defend myself but, deprived of my precious blade, I couldn’t do anything. I was coldly executed by a henchman. I recently learned during an interesting discussion with a wandering mage that Death is the inevitable fate of all those who have wielded the Elpidrax.
Excerpt from “Ghost Stories” by Geralt Nolz, member of the Brotherhood of the Strange.