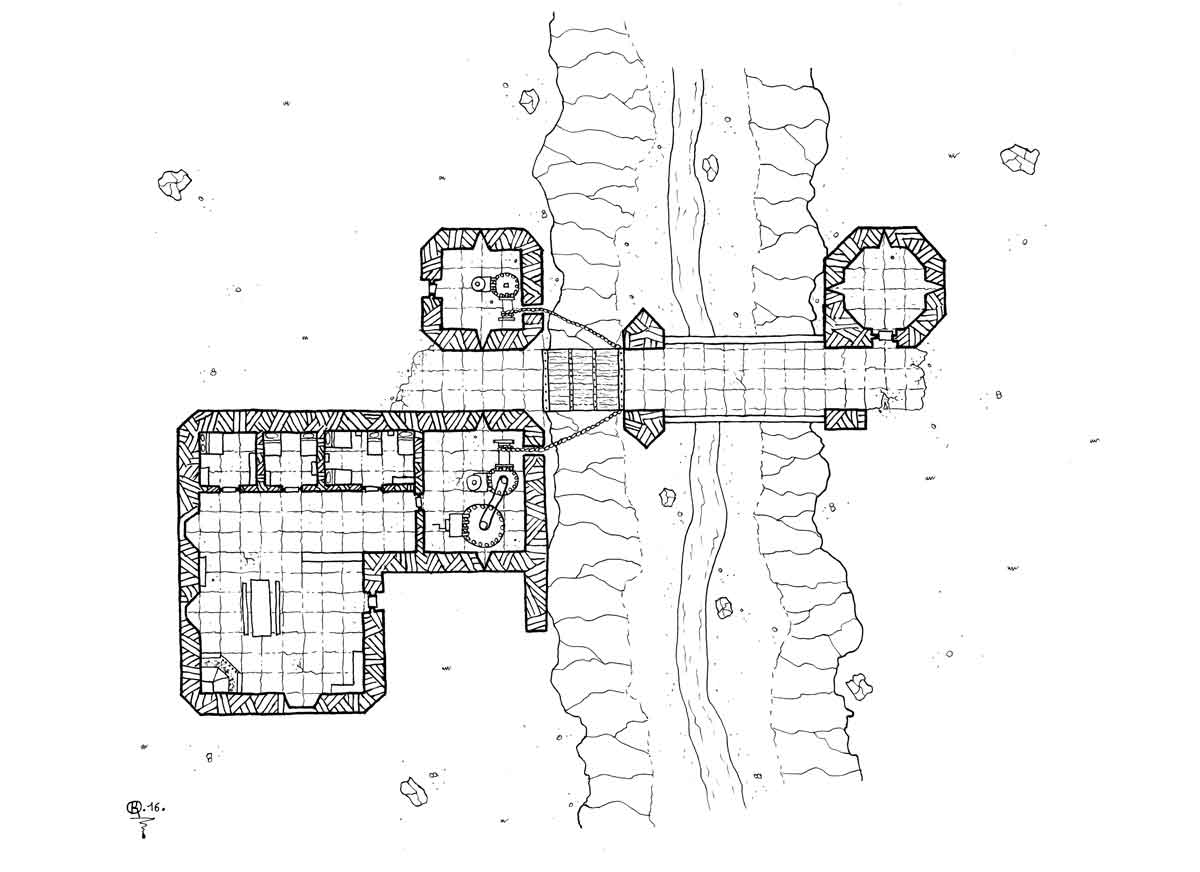 Day 1
My name is Johrr. But my father calls me “Donny.” I think it’s because I laugh ceaselessly. He says it’s time I earn my pittance, so has sent me to the northern border post of the baron’s land. A guy will be on guard with me. His name is Salar. He looks like a good bugger.
Day 3
Today, my tunic caught in the wheels. Salar took all the morning to unbind me and clear the fabric caught in the gears. “Dummy!” he shouted at me. I had to explain to him that it was “Donny” and not “Dummy.” He is nice, but not very clever.
Day 7
We saw fires all through the forest last night. Salar says that as long as it’s on the other side of the bridge, it doesn’t concern us. A scarred man showed up this morning. We didn’t let him cross, because he didn’t have any papers. The man came back a little later and asked to talk to me. He explained that he was part of a troupe of acrobats who wanted to make a great show for the baron. It was to be a surprise, so I wasn’t allowed to tell anybody.
Day 11
Tonight I lowered the bridge for the acrobats. They are incredibly numerous, It’s going to be a hell of a show! Salar shouted “We must warn the baron!” and he sped to the castle. I found it’s a shame to spoil the surprise.
Day 12
There must be an illusionist in the troupe, because it looks like the castle is on fire! Salar didn’t come back; he had to stay at the party. I would have liked to attend, but I can’t leave my post in case enemies approach the bridge.