“No, I can not give up now! I passed all the tests, I have come to the last level… My destiny is behind that door! “

Prostrate in front of the locked door, Ashaé have just understood the meaning of the puzzles carved on the posts.
She chose to devote his life to Étheril. It was the one that fascinated her the most among the four elements. In the ten years she devoted to the study of Aguis, Cyla, Faros and Ethéril, she gradually became convinced that his place was among the Air priestesses.
Few were elected because few aspirants managed to pass the final test which proved that they were worthy of Ethéril: enter the tower priestesses to stay there forever with their sisters.
And she found herself there, so close to his goal, not daring to believe what sacrifices are involved by this last step. 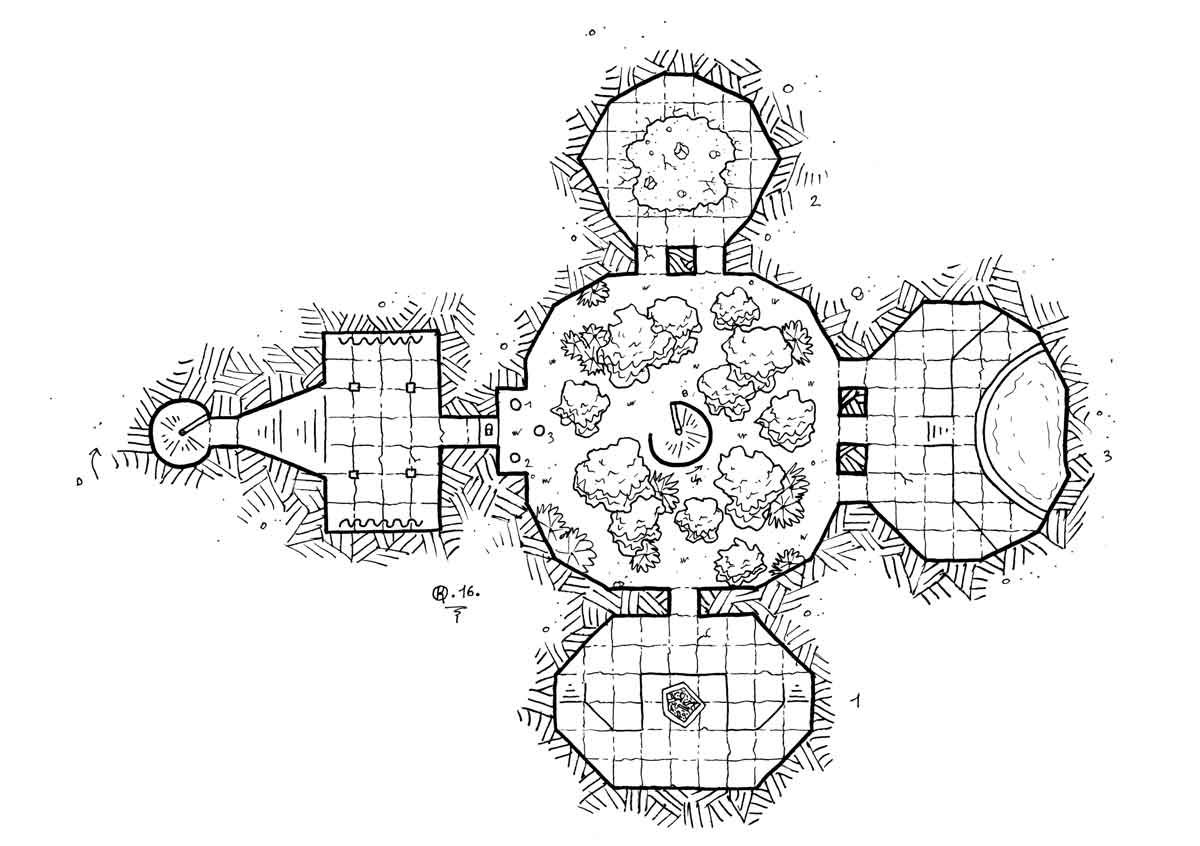 “Give up… will I be able to? Do they not part of me too? What will become of me if I agree to give it up? “

With a trembling hand she touched the post.
“The fire feeds on itself ‘

Then the second…
“The earth returns to the earth”

And the third.
“All the drops leads to the ocean”

Renounce. That was the key to the puzzle. Ashaé took a deep breath and walked to the room dedicated to Faros.
When she approached the brazier, the fear seized her. Don’t resist. Renounce. As she stared at the glowing embers, she felt the warmth of his body quit gradually. Gradually, as his vital fire joined the fire pit, the fire rekindled. Bright yellow flames appeared first, then they change to more sweet orange flames. While the last heat wave finally left her body, the flames of the brazier became blue.
She felt a strange sensation. she wasn’t cold, the heat was simply foreign. She never feel the cold or heat anymore, she would be never more sensible to it.
Ashaé left the room and approached the post. The engravings flashed briefly before disappearing.
She then went to the second room and entered it through the left door.
Cyla to Cyla. Renounce. Ashaé knelt before the outcrop of land. She was ready to return her body to Cyla, wich join her sooner or later. She breathed deeply, and looked at his body back to land. She was surprised to feel no pain when his physical body disintegrated.
It was remaining from its body only a translucent shape composed of a moving water stream.
The cycle of the earth. She took care of out through the second door.
The engraving on the second post twinkled then disappeared.
She goes into the third room and after a brief hesitation, plunged a vaporous hand in the basin. Nothing happened. She dipped the second hand, but her figure isn’t mingled with the water of the basin.
Lost, Ashaé trying to understand.

” I am ready! I gave up my vital fire, my physical body, I am ready to give up the original water! Aguis, why don’t you accept my sacrifice? “

Then she understood. Renounce. It was not just abandon the other elements. Let it go. Even Forgot the success. Give up everything for Ethéril even if he doesn’t want her.
Sweet serenity came over, and she wept. The tears left to join the pool.
Ashaé was no more. She had no physical existence, yet she had never felt more alive. She was in her place. She was the fire breath, the breath of the earth, the water movement. She was part of a whole. She was the Ethéril.
She left the room by the three gates at once.
Then the last engraving disappeared from the third post.
Ashaé was surprised a moment to didn’t hear lock yelded nor the door opening, and then she smiled.

A beautiful story written by Sirpë Ráma. I must admit that I thought she was a professinal author, but she told me that she do this only for fun! I never tire of reading these proposals.