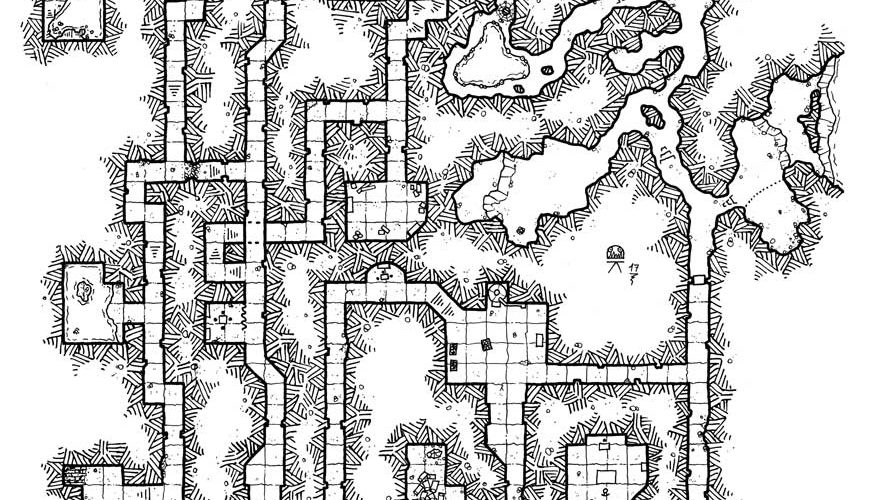 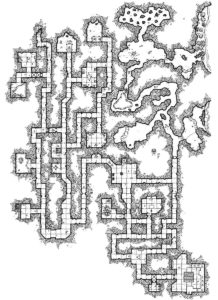 Millaec Niesd, an eccentric and authoritarian peasant’ son, made his fortune thanks to the trade of highly nutritious cakes composed mainly of dried hulls herb, Cardobas bulbs and other more or less secret ingredients. Millaec took advantage of the notoriety offered by his new wealthy merchant status and a sturdy character to impose himself in order to federate the surrounding groups of peasants and artisans. Over the years, Millaec succeeded in building a true seigneury and became a respected leader.

The complex architecture of Millaec’s residence expresses all the extravagance of the character. The sumptuous mansion located on the top of a small wooded hill is made up of an octagonal main building surmounted by an impressive copper dome. Two majestic towers of vertiginous height rise towards the sky between the small annexes on each side of the building.

Millaec had wisely chosen the location of his manor. He had built it just above a small iron mine once exploited by a primitive tribe. He had the happy idea of ​​enrolling a handful of dwarf miners, and the latter, using their skills and their expertise, brought to light a much more valuable mineral deposit. The miners discovered emeralds of exceptional quality with a so intense color, a slightly bluish green in a rather dark tone. The power and fame of this new lord quickly reached the summits. The popularity of Niesd’s emeralds grew steadily and became rapidly the object of all lusts.

Today, the mine is officially disused, the vein is said to be exhausted. These stones are now of great rarity, their prices have become exorbitant and proud are those who can strut with an ornamented adornment of one of these beauties.

In reality, an evil entity has secretly taken control of the mine. A necromancer has decided to grant himself all the privileges of these gems in order to get rich to accomplish any unhealthy project.

The dwarf miners, under the influence of a spell, are now slaves and, like zombies, they inexorably break the rock to extract more and more of these priceless green stones. Heavily armed skeletons and ghouls with sharp teeth ensure the safety of the mine. They wander here and there between the various guard’s rooms scattered in this maze of dark and damp corridors. Zombies are pushing wagons filled with ore to the room of the old blast furnace where others are busy cleaning and packing the jewels of their master. 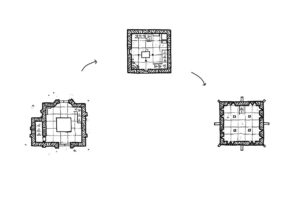 The precious cargo is then transported at the foot of the small tower. From there, it is lifted with a hoist and loaded on a carriage. The wooden box are cleverly hidden and conveyed with the utmost disecretion.

Millaec hardly resembles to a vulgar copy of himself, totally devoid of personality and pale complexion. It remains cloistered all the days in his palace and ensures the minimum to hold the management of the seigneurial domain. His closest advisers, not knowing what kind of evil was strucked their lord , suspect that he is suffering from a serious illness. However, Millaec refuses to be osculated and claims to be in good health.

Inside the manor, the narrow staircase that goes into the depths was deliberately destroyed, supposedly in order to protect the mansion from the vermin that might want to settle in the mine now that it is abandoned. In fact, there are other more indicated paths to explore the mine but they aren’t necessarily less risky.

Ignorant adventurers could have been employed by a close friend who had no news, or by a counselor worried about Millaec’s recent change of behavior. Perhaps their interlocuator will have informed them of the access from the caves further north in the valley, but have he told them that these caves aren’t uninhabited?