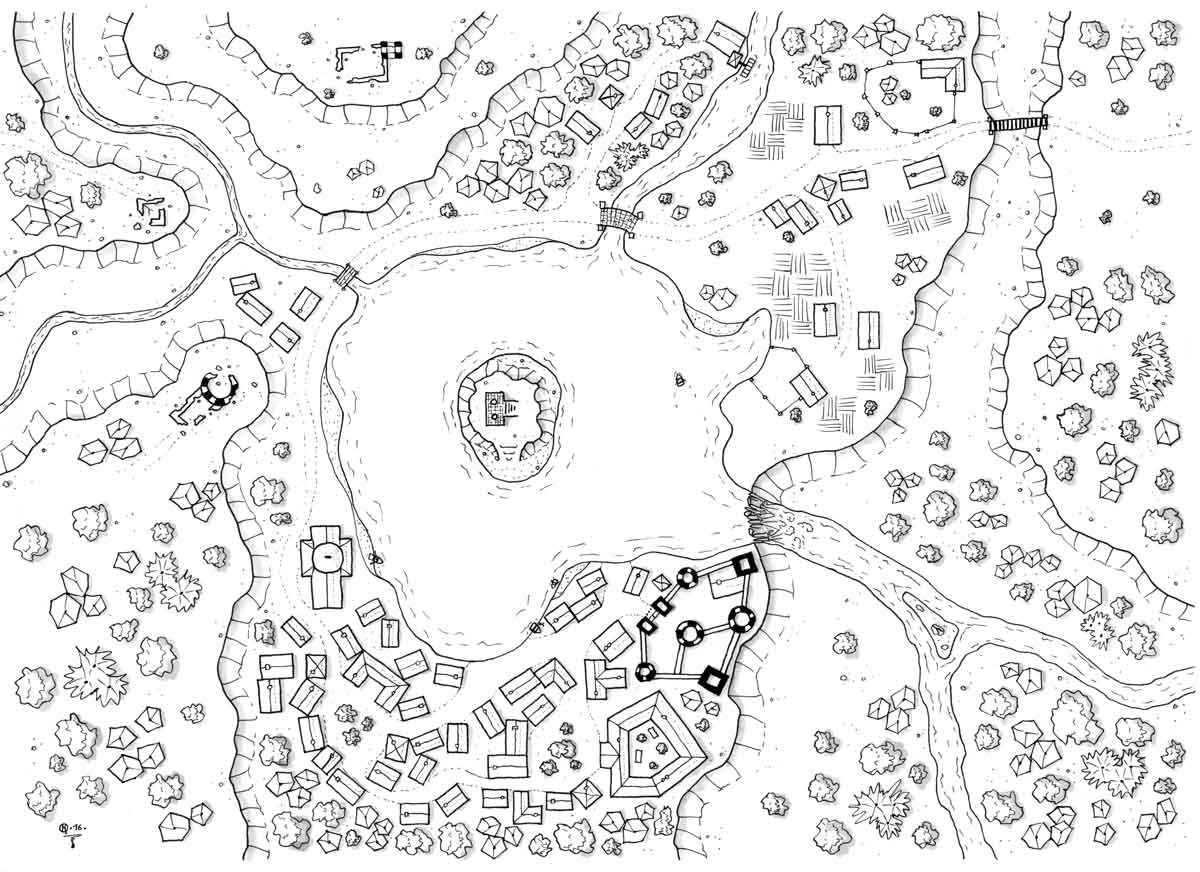 “AAAAAAAOUOUOUOUOU!!!!!!”
This frightful cry that tears through the night is not the hooting of the Grand Duke wolf. No, this is a cry of pain delivered by Morycett while hot sarsaparilla tea is spilled on his bare feet. On the threshold of her hut, the old witch contemplates night. The three moons are full, so it’s almost as bright as day. Like always, at each triple full moon, she can’t get to sleep and searches, into the surrounding valley, the answers to her too many questions.
Like always, at each triple full moon, phosphorescent marks appeared on her wrinkled cuffs.
“With each full moon, my eczema worsens!”, grumbles Morycett. She has taken to itching toward areas her gnarled fingers lost reach of long ago.
Like always, at each triple full moon, a blue beam of light comes from the heart of Lake Ishka. The elders tell that the morning after a night of triple full moon, an island had emerged in the middle of the small lake. This tiny piece of land sheltered nothing except a bottomless pit. Many tempted adventurers sought to explore but no one had ever emerged. Fear had gripped the villagers, as, upon the following triple full moon, a mysterious blue light shone from the well. An altar, and thousands of sacrifices later, the well hadn’t deigned to reveal its mysteries. Over the centuries, the fertile imagination of minstrels had succeeded in forging the reputation of the Ishka Lake and its Grigor island.
Like always, at each triple full moon, the inn of the village is crowded by more and more adventurers. Each as bold and as intrepid as the last, ready to brave the unknown. Drawn by the promise to return covered in gold and glory, holders of fabulous treasure or secrets of the Gods. “All morons, yes! They get drunk with some mead before rushing to the boats and half of them drown before reaching Grigor!” Yet that night, a few torches stand out from others and do not direct to the small fishing port. That night, four flames flicker along the port and bypass the lake to the north. That night four silhouettes are moving towards a small hut of stone and straw where an old witch watching.
“Tonight, maybe…”