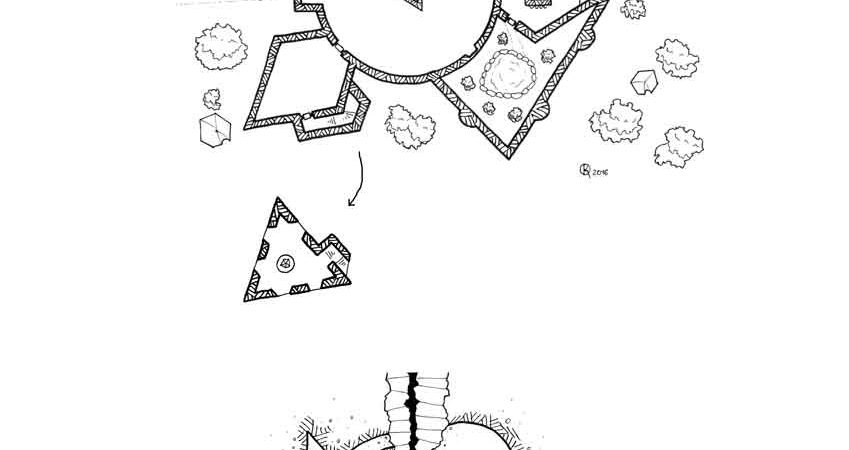 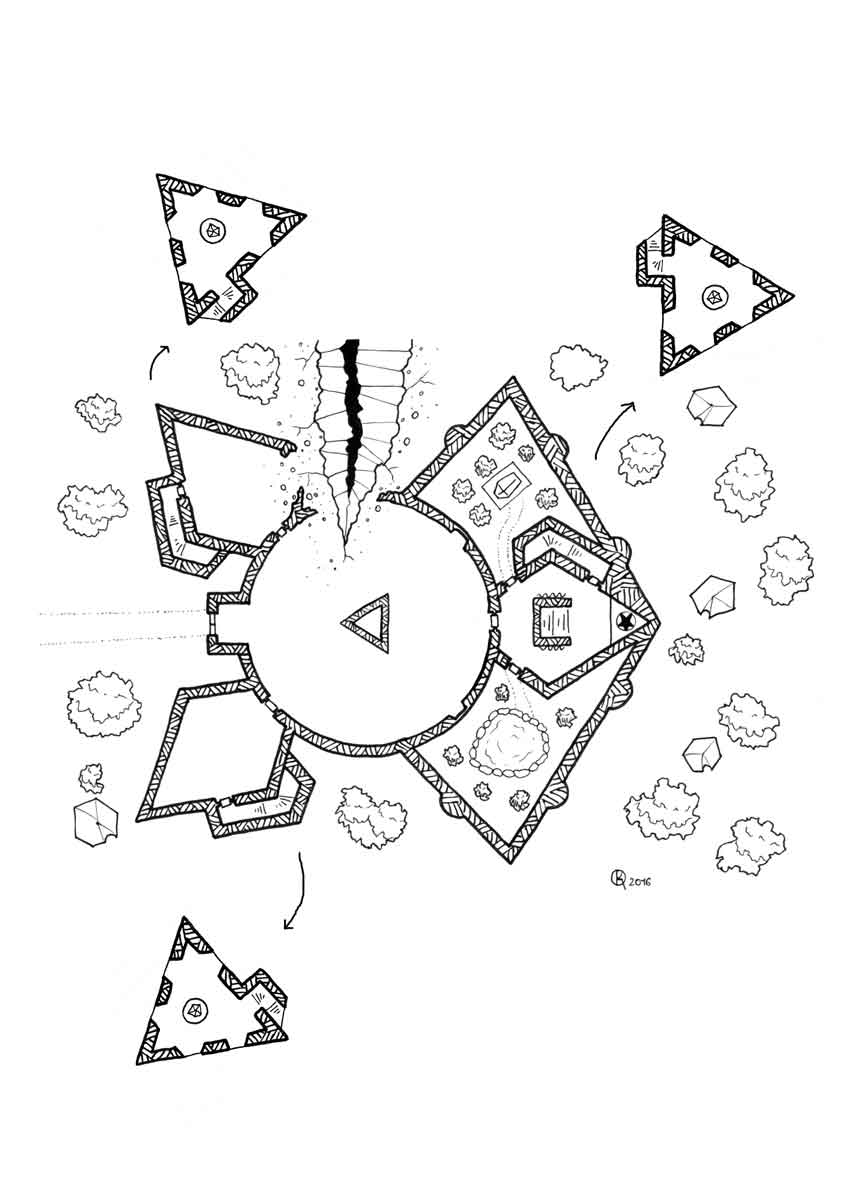 Temple of the Prismatic Trinity

Three young magic prodigies, exasperated by the restrictions of the Magic Academy, decided to establish the Order of Prismatic Trinity in order to practice the magic of light without limit. Over time, the three friends became more powerful and began to recruit many other believers. Frightened by their growing powers, the Magic Academy decided to eliminate the Order whose dangerous experiments were a threat to the entire planet. The war lasted a long time, and the Prismatic Trinity disappeared eventually.
At its peak, the three founding archmages had absolute knowledge of astrology and an almost perfect mastery of the magic of light. The rumor says that they had even mastered invisibility thanks to a powerful artifact they had made. Feeling their end near, they decided to separate the artifact into two pieces and hide it in the temple.
The hiding place of the first piece is revealed each summer solstice, when the sun is at its zenith. The light is focused through the three prisms installed on top of each tower to form a beam that runs through the canopy of the imposing central dome, then is reflected in the basement on a black prism, and indicates the location of the hiding place. The second piece can be found using the same process, but at the winter solstice.
The building was damaged over time, the earth literally torn in several places in this region. A flaw has made the old temple unstable, and only few reckless souls dare to explore the place.. 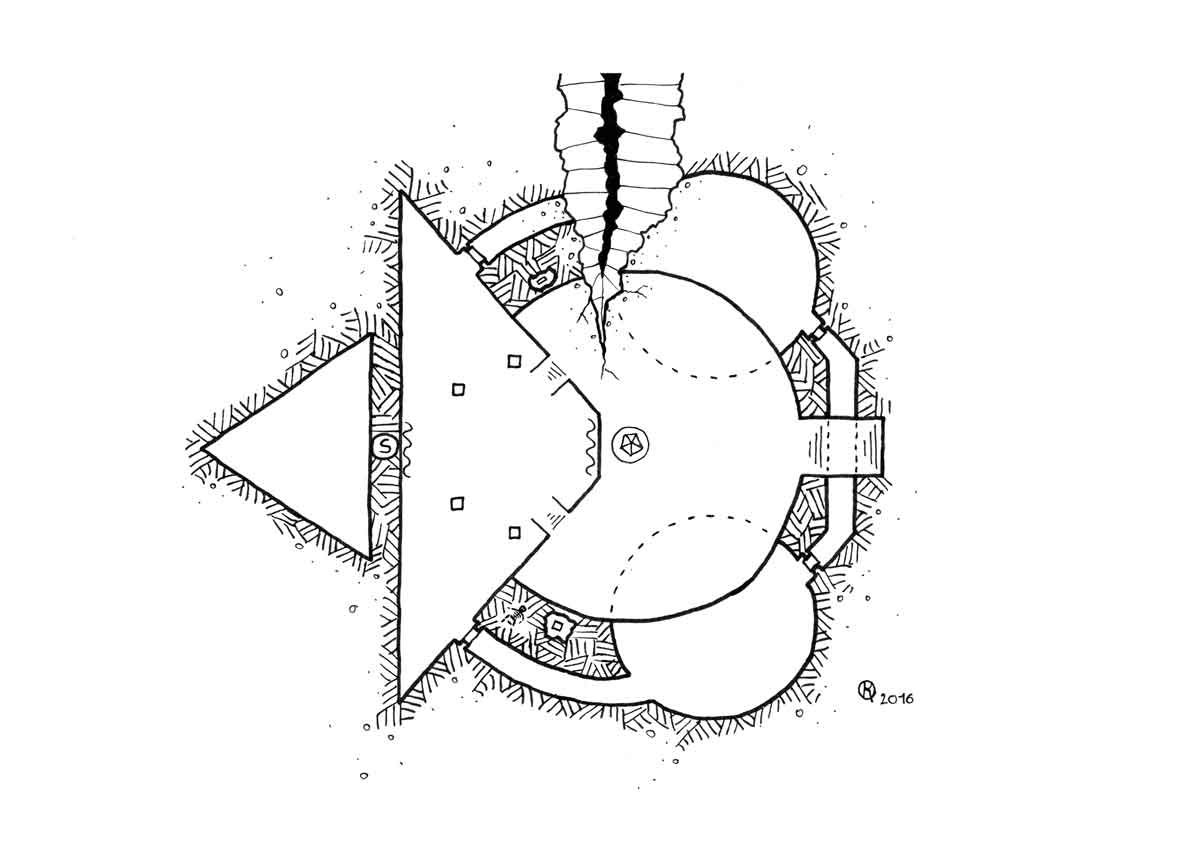 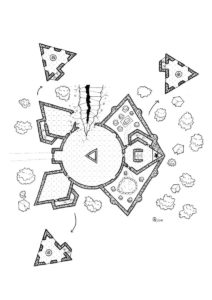 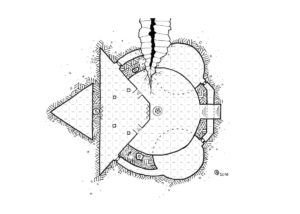