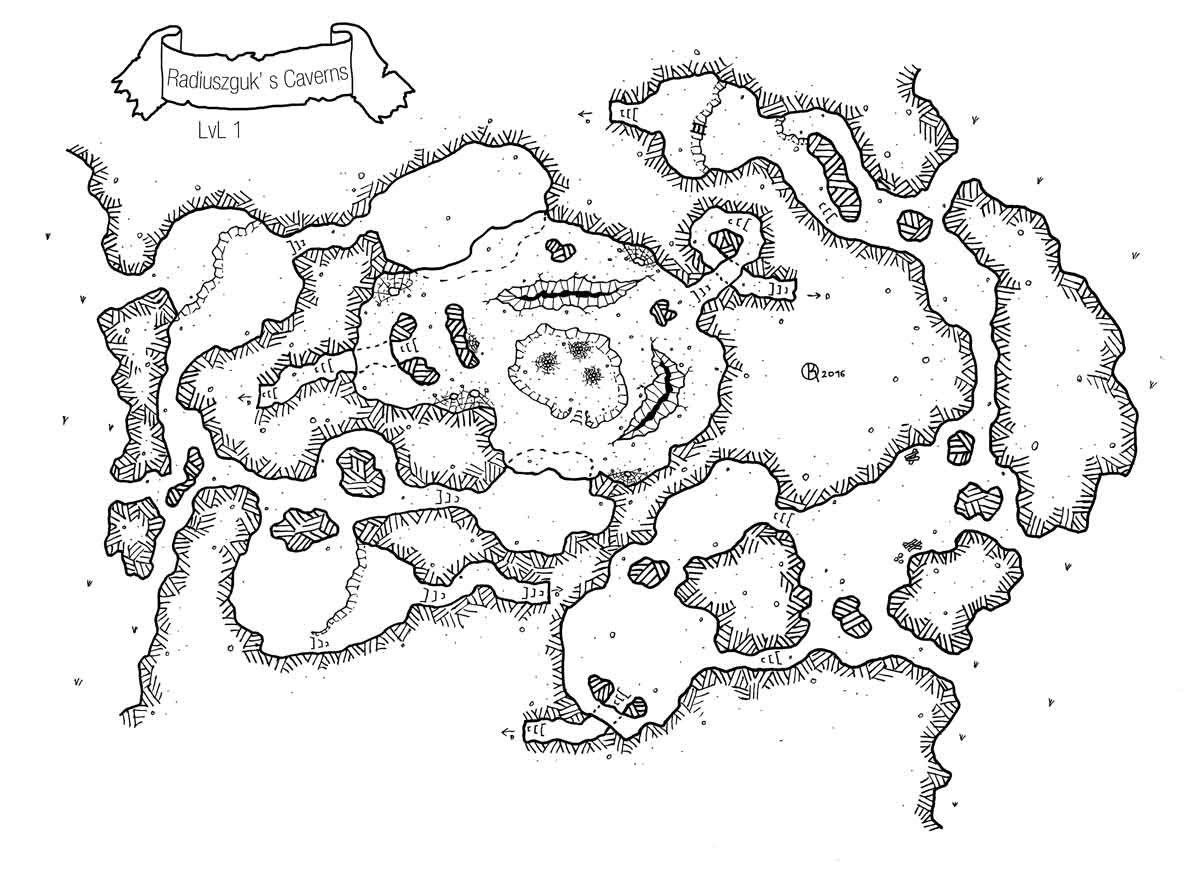 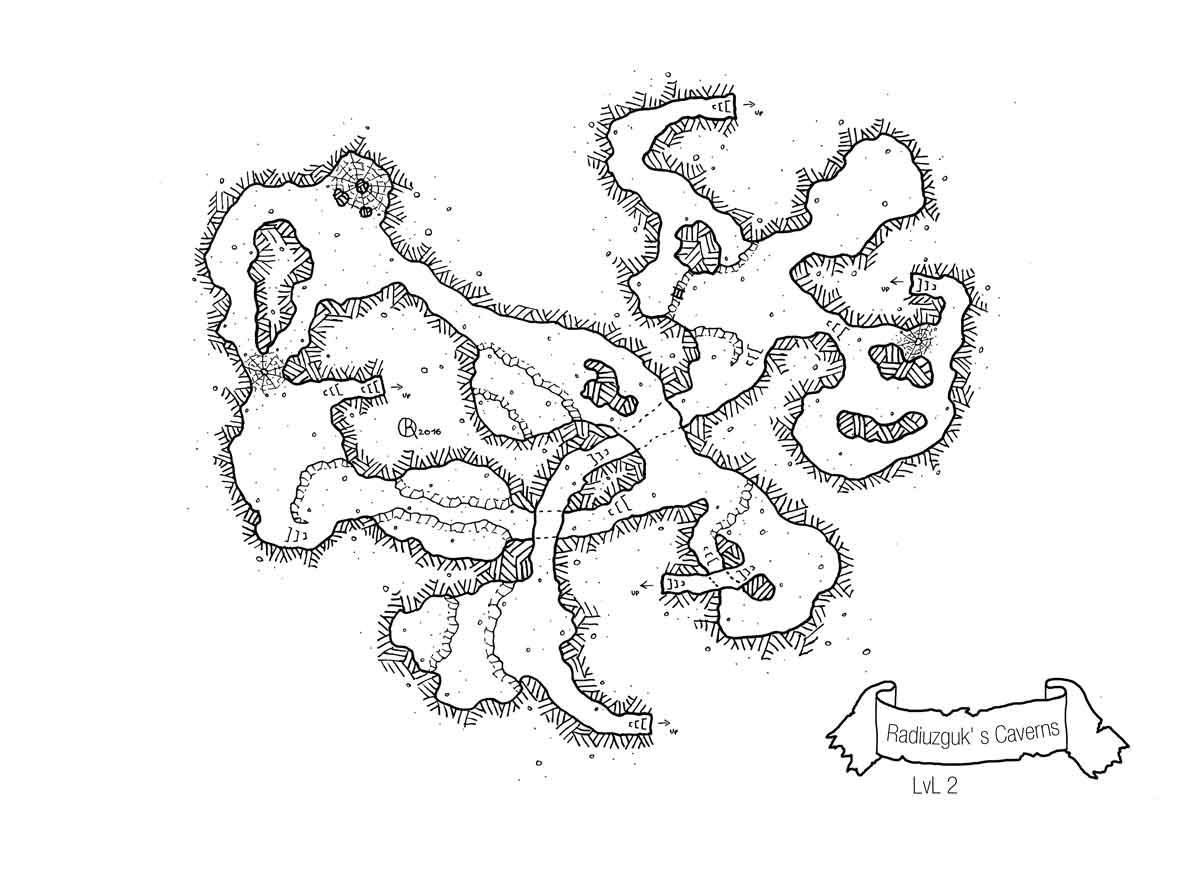 These caves that cross Mount Tsork, with their unique formations and large main room accessible only from a second level, with direct access to the two valleys, were the perfect lair for Radiuzguk the Terrible. The half-orc warrior‑thief and his clan terrorised, looted and vandalised the two prosperous valleys over many years. Radiuzguk and his men perished under the assaults of the new military power of the Alliance of the United Peoples during the Great Revolution period when most of the major cities known today were built. Since that day, the caves have been named Radiuzguk and are well known by citizens, bandits and adventurers as the shortest route between the cities of Luksoldur and Badalbig. For some time a rumour spread about the cave, and few people use the passage. Giant spiders have nested in Radiuzguk’s old lair. Some of them guard the nest from intrusions at level 2, and the others protect the eggs at level 1. The spiders come out of the depths of the two recently opened gaps. 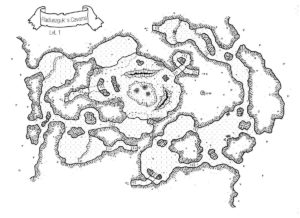 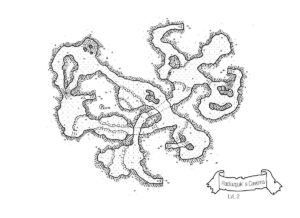