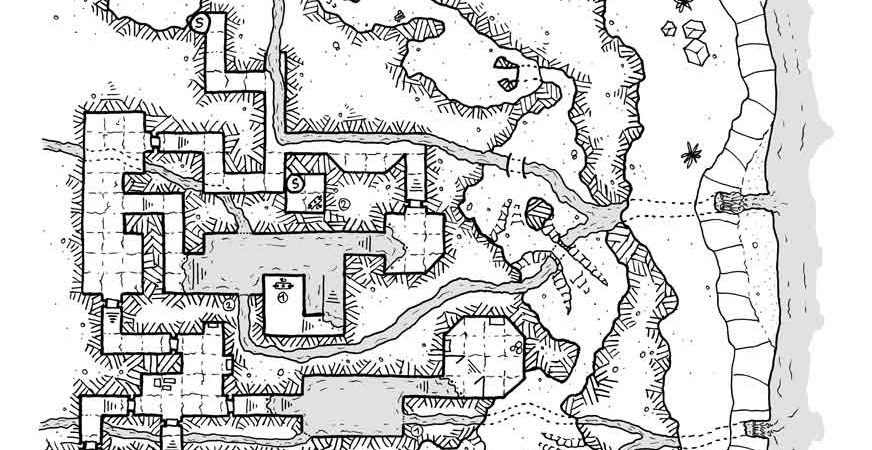 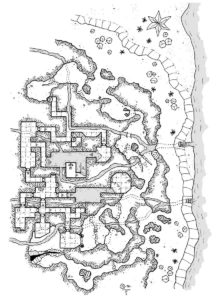 For as long as he could remember, Buurf the Redhead felt very different from the other dwarves. Abandoned shortly after his birth, Buurf was a street child who was alive thanks only to the other beggars who cared for him. He was walking in the market square of Faiduni, a large human city, pilfering here and there, only enough to survive.

His path crossed that of Nordok “Golden-fleece”, great warrior of the Goldskaar clan; he was named for his stunning gold-colored hair. Nordok took the young Dwarf under his wing and raised him as his son. Buurf was the only redhead in the small and isolated hamlet of the Goldskaar dwarves. The clan lived off mining small gold deposits scattered in the mountain, but Buurf dreamed of the journey that led him here, his memories of a boat trip, long rides across the steppes. Buurf learned much from former miners, but he asked them constantly all sorts of questions about the ocean, the Old World, and peoples who inhabited it.

At the end of his adolescence, pushed by his thirst for adventure and the desire to find members of his lineage, Buurf left his small village to explore the Old World. A long journey full of pitfalls and rewarding experiences led Buurf to Billdagloth, a large harbor city in the Men’s land. Buurf enjoyed a friendship with Traz, a young, giant, brute of a man he met in a fight in a gambling den. The two shills did lot of small jobs to survive in the city, but the call of the ocean was too great. One night, intoxicated by alcohol in a tavern, Buurf and Traz devised a plan to swindle a merchant and steal his ship. The next day, they recruited a crew with some humans, two halfings, and an elf. Three days later they left the harbor.

Soon, the small band became a group of pirates, sought after by authorities due to their various scams and swindles. Buurf Nordoksfind became the Captain Bunagrunn, and a new life began for him, his second Traz, and their crew. Buurf used his expertise to build several caches and lairs throughout the Old World. The last structure the dwarf built is located on the cliffs of Gadalta island.

At the bottom of a grid caves , two gigantic statues of dwarf miners frame the enormous entrance door of carved metal. Buurf has arranged a few rooms and a special chamber to stock up weapons and recently acquired booty. An ingenious valve system combined with the use of an underground stream makes casual access more difficult. The valves regulate the water level and allow rooms to be flooded by letting enough water escape to relieve pressure and create an invisible but deadly stream that leads to the exhaust grids. The wheel No. 1 that controls the valve No. 1 is hidden, and allows one to drain the room, where the wheel No. 2 is. Even when the room is flooded, the imposing height under ceiling allow people to see wheel No. 2 from the widest corridor. A simple but effective trap. There are many who try to reach the mechanism by swimming. Wheel No. 2 controls valve No. 2 that drains the passage to the weapons cache. Like all pirates, Captain Bunagrunn is unpredictable. Be careful to not meet him while exploring the tunnels or you’ll surely be robbed. 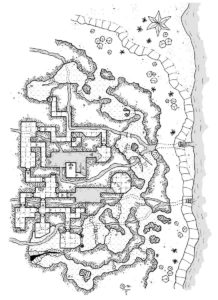