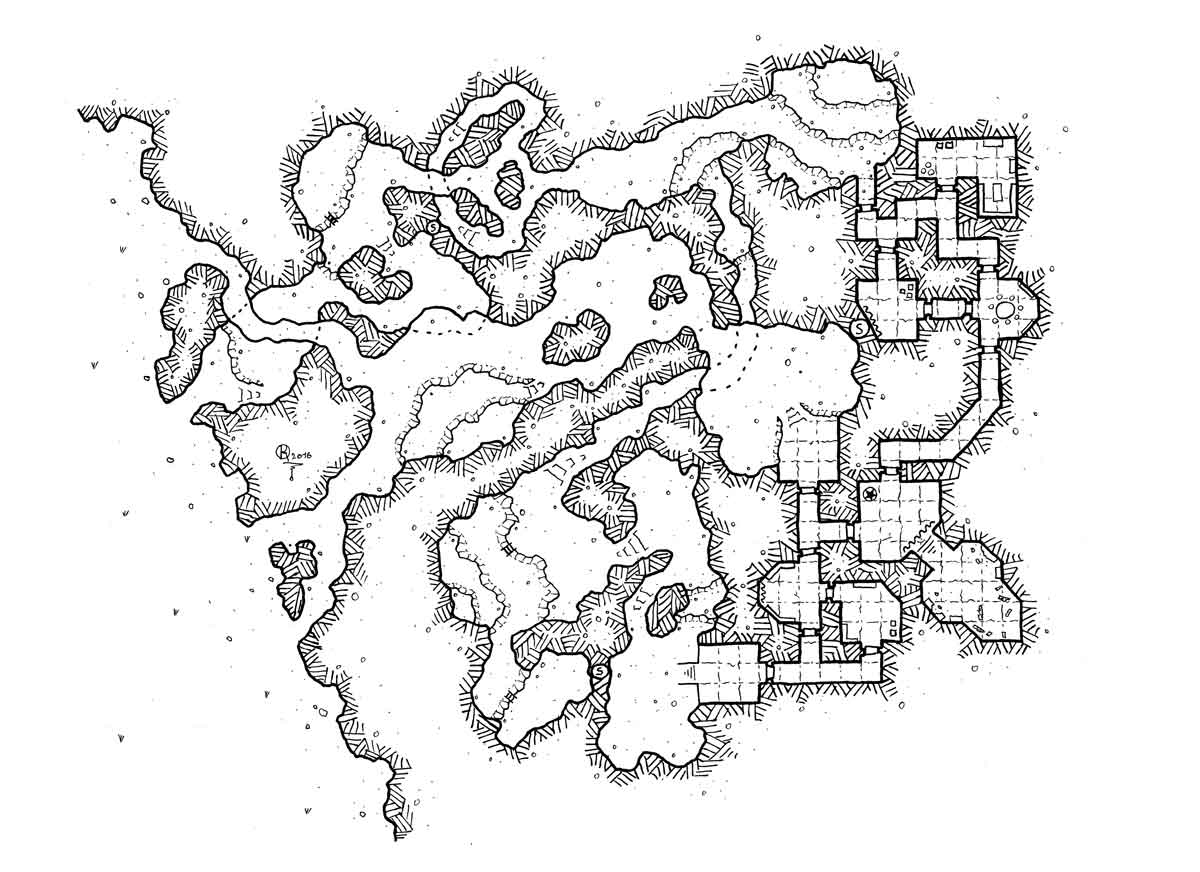 In the Grey Mountains is the dwarf outpost Duanor. Dug into the side of Mount Katkrof, it was designed to protect the Spire’s mine, located nearby. The dwarf garrison had large reserves of food and beverages. A large L-shaped room served as their refectory, to the right of the common room, where the sound of games, songs and laughter could be heard when the beer was flowing freely. The main room of the outpost, hidden behind a thick curtain, was intended for military use, though it also served as an armory.When the Spire’s mine was drained, the dwarves abandoned the outpost. The tranquility wasn’t disturbed for a long time, until humanoid lizards discovered the location and arrived for disturb the dust. After extensively looting the reserves, the men lizard nested and prepared the old armory for proper maturation of their offspring. 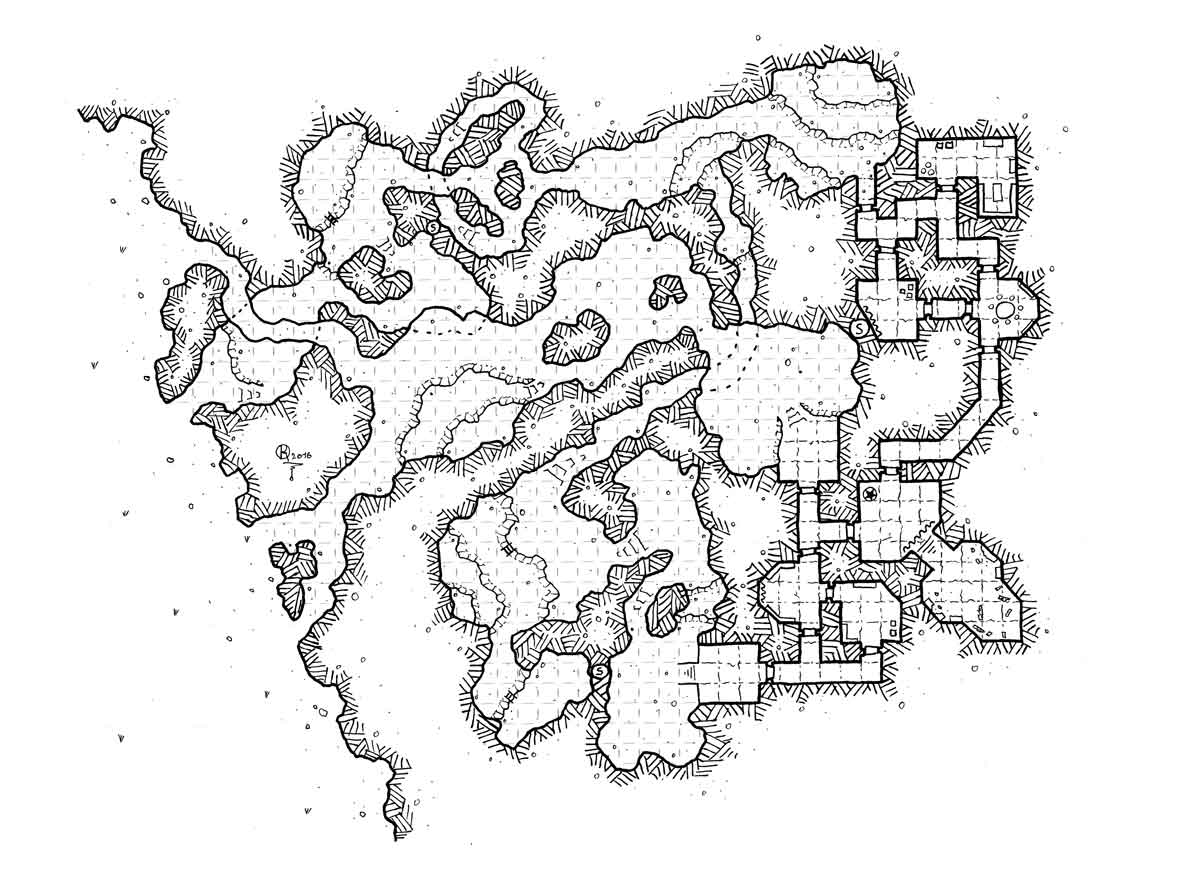