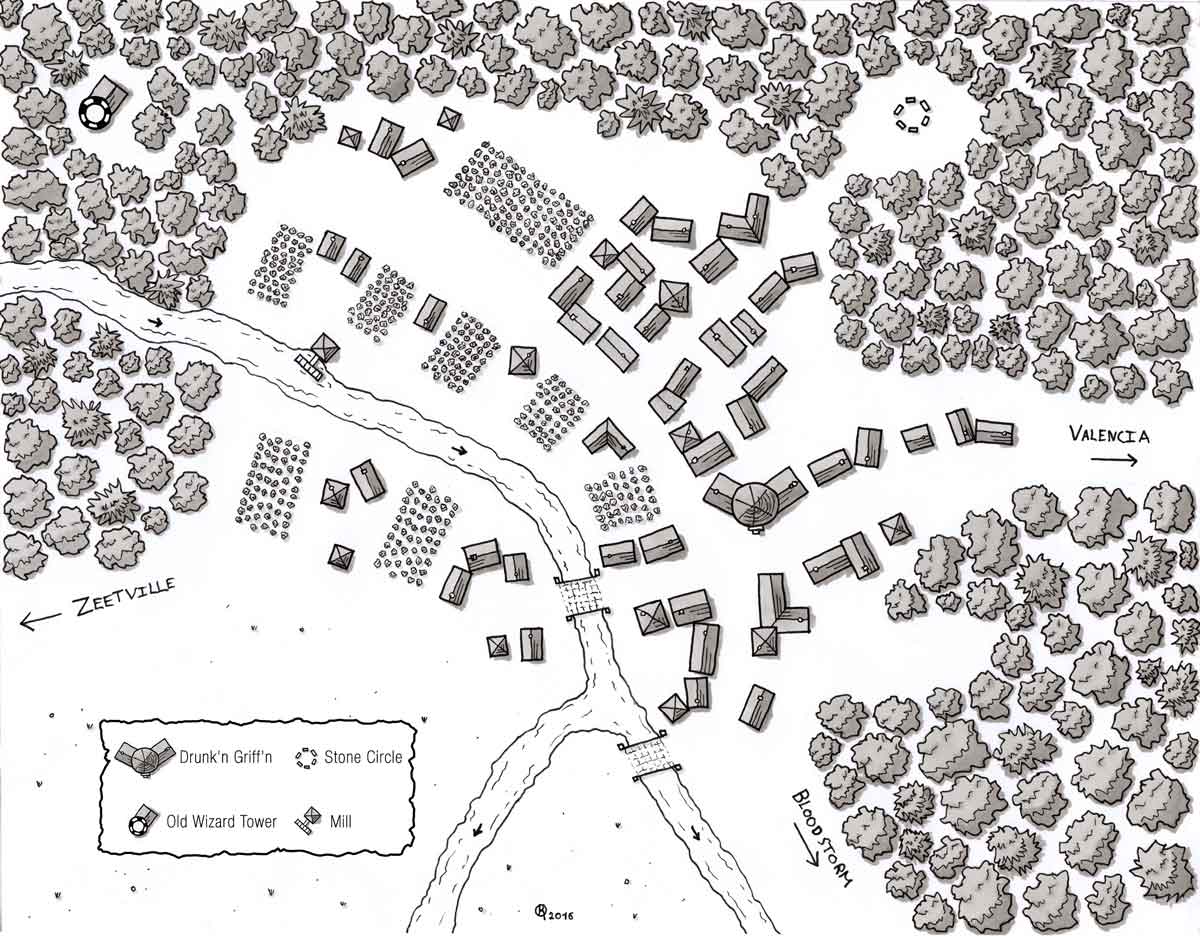 29th day of Oliwndir, year 65 of the Chaeldeen calendar;
I will never regret the decision to have settled in the small village of Dissenein but it’s time for me to get back to a constant activity, the harvest season being over. I would go to the city a little further, open a booth where I will sell the finds of my travels, advice and equipment for adventurers.
The town being not far off, I arrived shortly after setting out. I was exploring the city, which was well organized and had many attractive houses and districts. I decided to open shop not far from the magician’s tower. I knew that those who were looking for what I sold would inevitably head for this urban lighthouse.
So I set up my small shop in a cottage near the end of the town, that a peasant had Shortly afterwards, I was asking the magician’s daughter in marriage. The beautiful woman had fallen in love with me coming everyday to my shop. Our wedding was celebrated last spring, and since then we have been expecting our first child.
It will surely be the last page of this newspaper, having nothing more of the adventurer than I was, and not wanting to take the time, nor to smear these pages with the hassles of the father of a family and a respectable citizen who I have since become.
Sometimes I look back at the path I have traveled, but only the last stages remain at my head, as if the rest were the memory of another.

Excerpt from “Journal of an Old Adventurer” by Yolric Brèvevoie.
Texte written by Yolbi (Théodore)