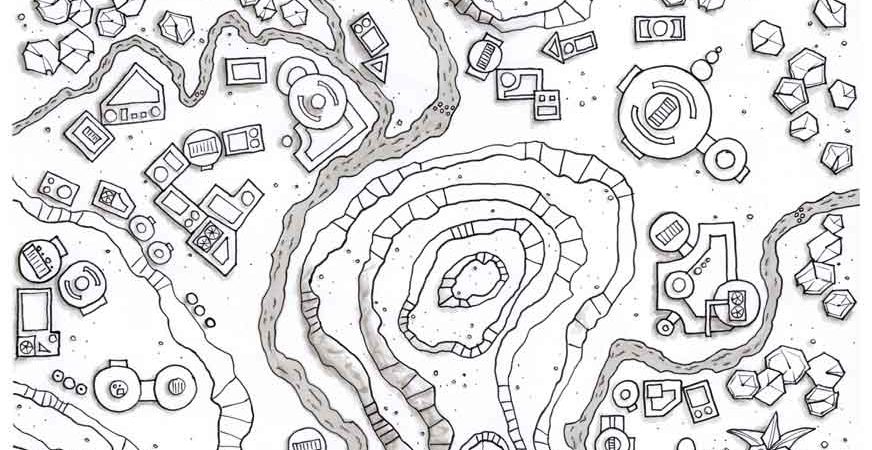 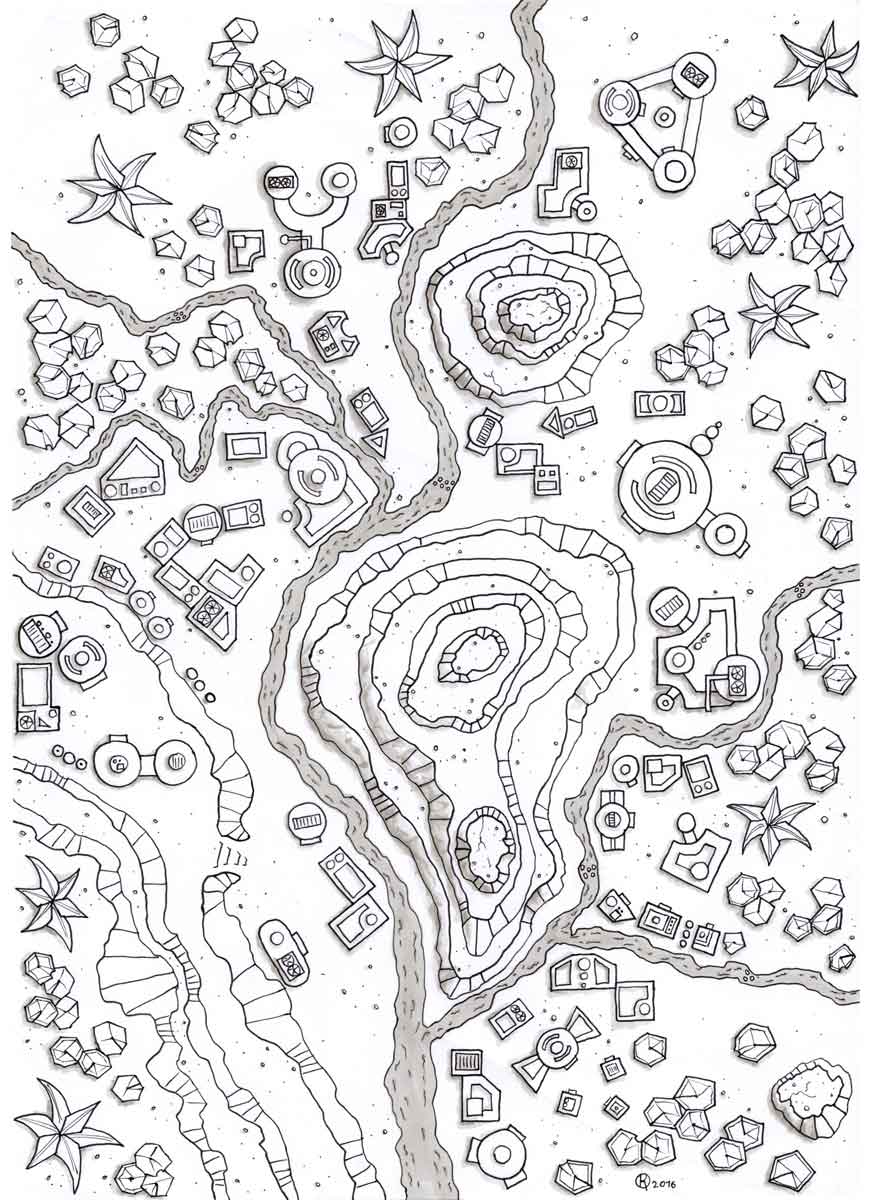 It’s been ten days since my ship crashed on the planet PX-259D. Luckily the air is breathable and I was able to save my emergency kit consisting of a pulse gun with two full energy cells, a digital long view and a multifunctional energy knife.
The planet is partially covered with immense forests of gigantic brown trees and purple bushes. I met a small clan of primitive men, undoubtedly taken from the Earth thousands of years ago and deposited here for some obscure reason. It’s certainly not these Neanderthals who were able to shoot down my ship, because their archaic armaments are limited to a few small crossbows made of wood and animal tendons, and rudimentary spears.
As I pursued my quest to find a spacecraft capable of bringing me back to the Earth, I discovered a small town nestled in an immense canyon. Through a careful observation using my long view, I immediately noticed that I have to deal with an alien race some great humanoid creatures with carapaces and incredibly developed musculature. The faces of these monsters, with two large yellow eyes above an oral orifice with tentacles, looked strangely like an octopus. I noticed that the imposing buildings of a hundred floors were dwellings. As well as the presence of numerous other structures more or less complex, whose function I can’t determine without approaching closer. But my attention is focused on the great dome, the only building built with enormous metal doors. In addition, I saw a trolley pulled by hairy four-legged mounts, carrying a large silver object covered with a tarp. There’s a good chance it’s a hangar.
I can’t distinguish any weapons. I wonder if the inhabitants are hostile or friendly. For prudence, I will do a night visit. I hope to be able to operate one of the alien spacecraft in order to escape from this planet.

Excerpt from “Galactic Exploration” by Clay K. Turner, “Scout of the Consortium.