Hello everyone,
Another map commissioned by BrutalRPG, a free indie Medieval Fantasy Rpg. 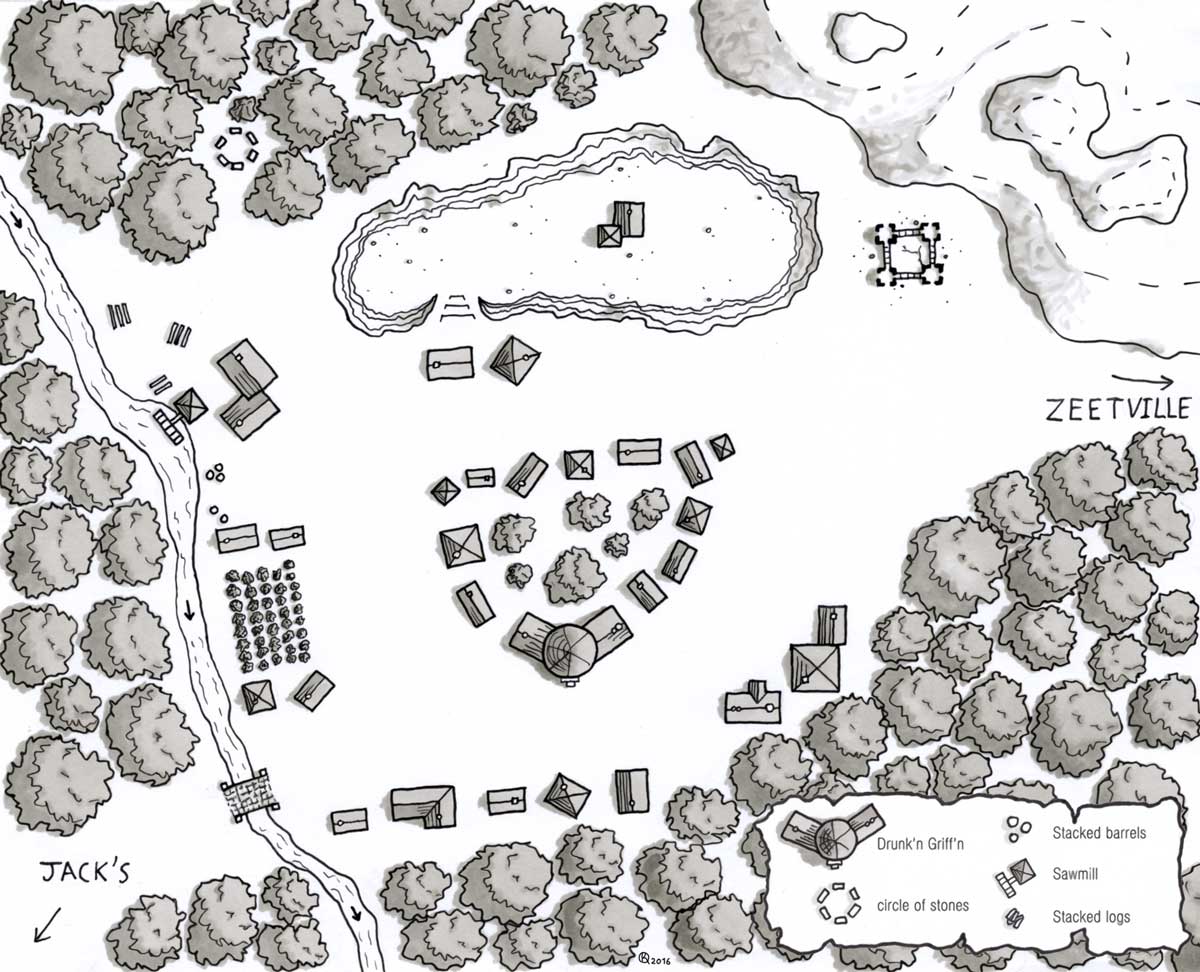 3rd day of Glewndir, year 64 of the Chaeldeen calendar;
With the indications given by the old woman in the previous little hamlet, I continued my way along the river. It had been four days since I began walking and I was starting to lose confidence, when suddenly, at the turn of the road, the village she had described me appeared. Quickly, I set my sights on finding accommodation, and settled into an inn.
A few days after I settled in, as I was preparing to go for a digestive walk, a knock came upon my door. Two old men from the village had brought me a letter. In it there was a reply to the request to settle permanently here, of which I had spoken to the settlement keeper. The answer was positive. The village even gave me a building, an old abandoned tower not far from the quarry. There was, however, one condition: that I should rid the ivy and the goblins which had settled there, and that I should take my share in the defense of the village. The villagers demanded that I take my turn as guard each month and that I help them to rid the pests slowing down the work of the fields. I accepted the offer with caution and decided quickly to put myself to the task.

Excerpt from “Journal of an Old Adventurer” by Yolric Brèvevoie.
Texte written by Yolbi (Théodore)