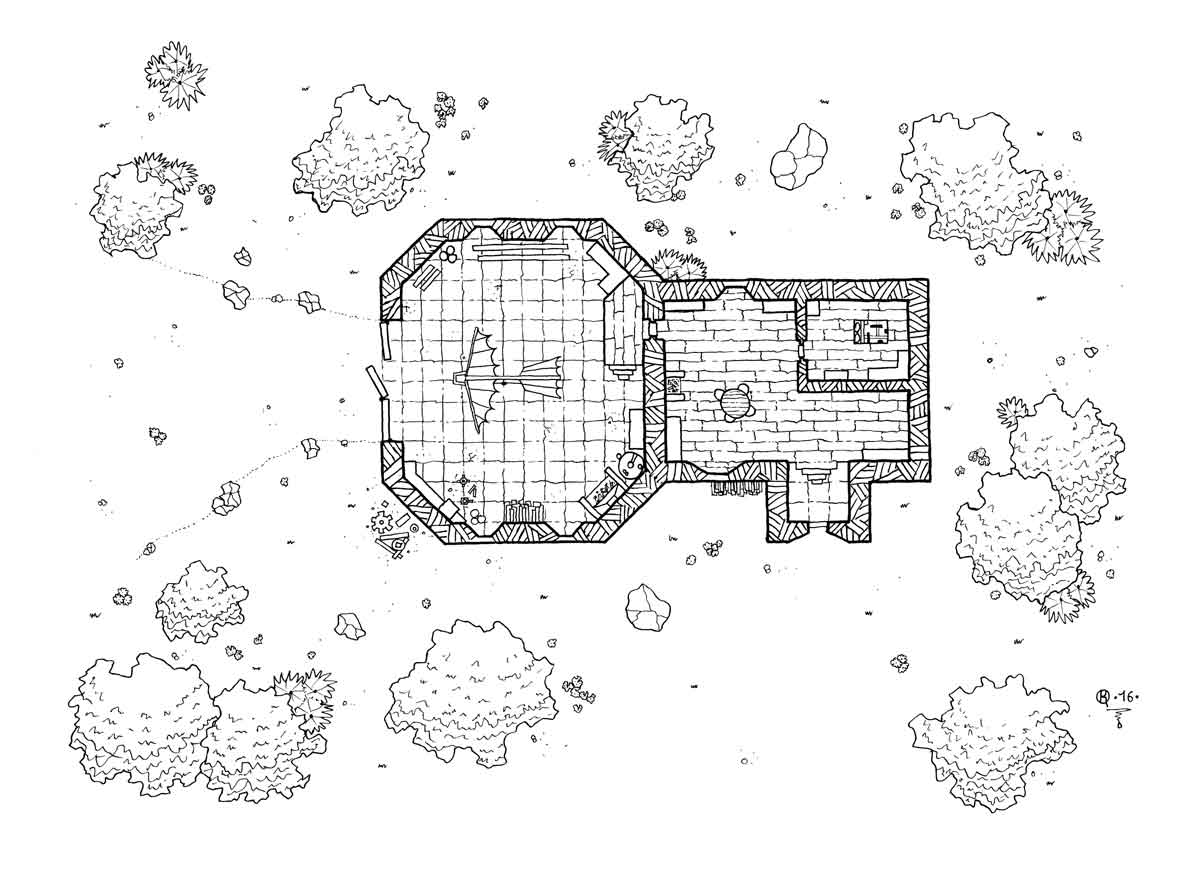 3rd moon of Braz, 428 PK;
I immediately recognized the dwarven architecture upon approaching the old shed. I was astounded to see a flying machine through the half-open doors. A magnificent realization that looks like an albatross of the mountains of Talgard. Then, I met Valek Umgak. He’s exactly how the people of the village described him: an old dwarf engineer, completely crazy and obsessed with bird flight. For several years, Valek spent all his time trying to build a flying machine. He told me of all his various unsuccessful attempts. His poor apprentice, who served as pilot for each test, died during the last crash. Valek assured me that he had repaired and improved the machine, but he was lacking a pilot. However he now understands his main error. According to him, the weight of a dwarf is far too heavy to fly like a bird. He’s sure to succeed by changing to a lighter pilot. Just the idea of seeing an elf embark in this machine of death appealed to, and it was with a great joy that I agreed to bring a young elf apprentice to Valek!

Excerpt from “A Journey Like No Other” by Mycki McFisher, “Trolls Slayer”.