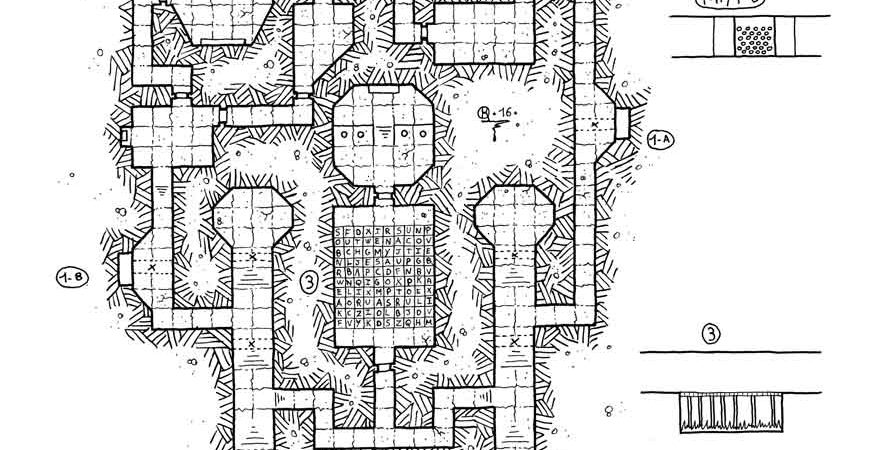 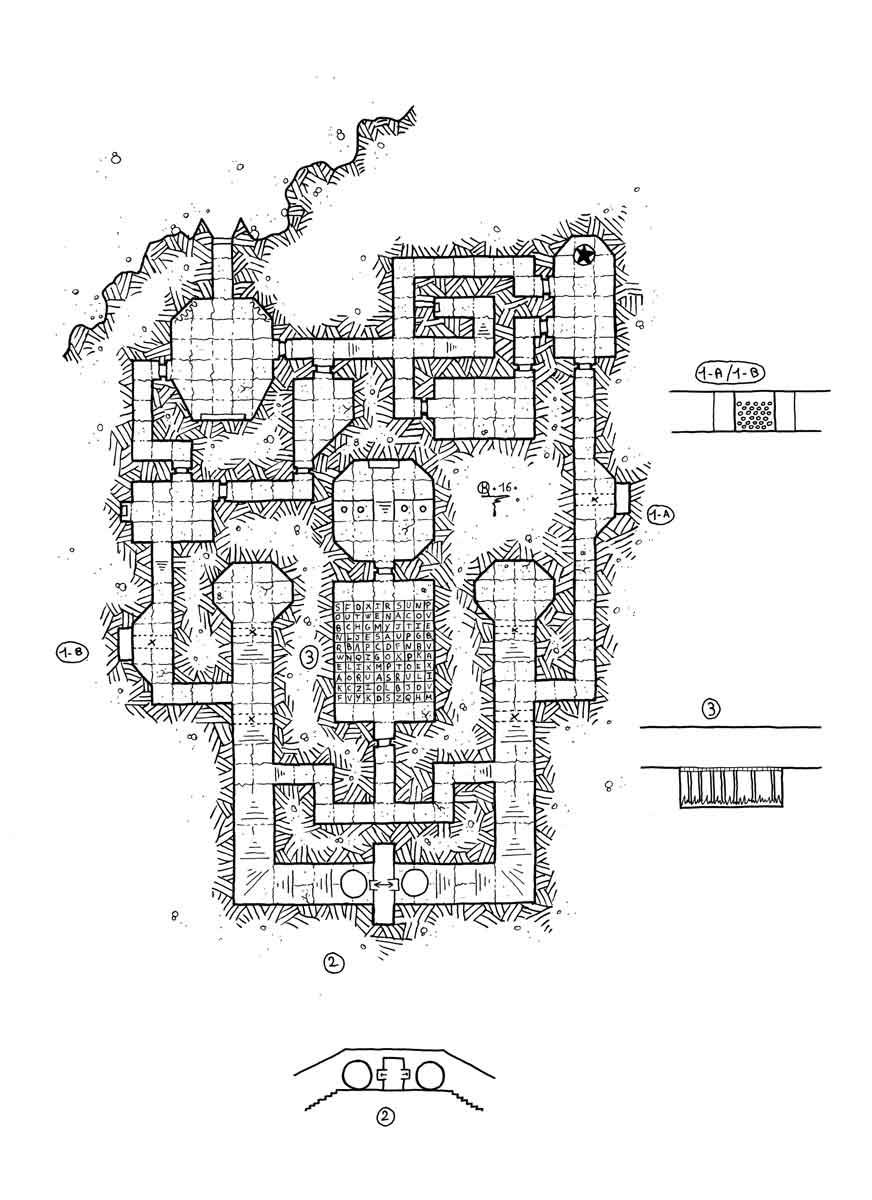 Day 16’s theme of the #Mapvember Challenge is : #Trapped
As a lot of boy, I was a fan of Indiana Jones and I’m always a little … It can be seen in the drawing.

The famous jade amulet rested for decades within a hidden dungeon in the heart of a canyon in the desert. The first trap is so deadly that the two other are still intact.
Trap 1-A and 1-B : a mechanism concealed in the floor (dotted area) triggers a volley of poisoned arrows. Simple, classic, and very efficient!
Trap 2 : The trap is triggered by walking on one of the two circled zones. A mechanism is activated and a lever releases an enormous boulder, which hurtles down the stairs into the small room below.
Trap 3 : It isn’t really a trap, but rather a deadly enigma. The floor consists of a set of engraved slabs, only some of which have a supporting pillar. The others collapse and drop the looter into a pit filled with sharp blades.
I chose to draw the trap 3 with letters and a pretty obvious code.
But feel free to create your own code with symbols, numbers or letters and disseminate clues throughout your scenario!

4 thoughts on “The Jade amulet dungeon”