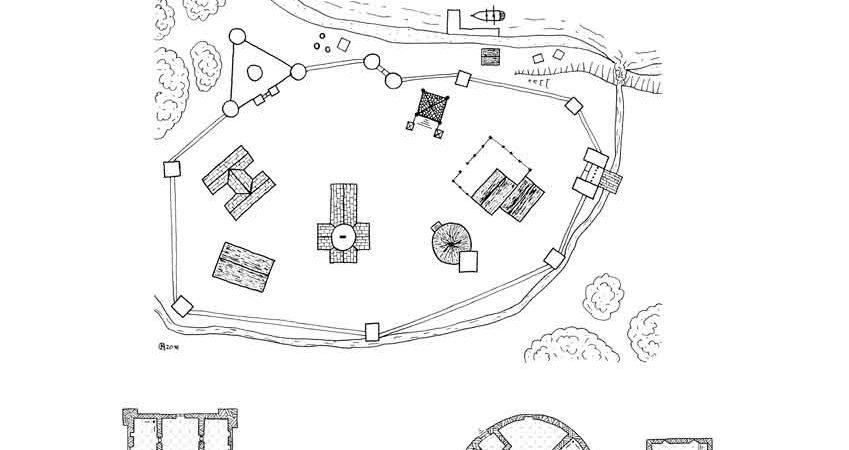 Ilburg’s outpost is the map I made for the winner (David) of the contest on the facebook page. I exceeded a bit the original size planned but David generously lets me publish this map under the usual conditions. feel free to leave him a small thank you on the blog or on facebook.

The Ilburg’s outpost belongs to the most holy order of the sons of Illius, a fundamentalist Trinitarian sect divided into monastic chapters. Located on a pilgrimage route along the Ebony coast, the fort’s role is to serve as a relay to the pilgrims passing through, to extend the influence of order in this hostile region and above all to monitor the possible invasions Nordic from beyond the dark sea. Encircled by a thick outer wall, the outpost also has natural defenses: the ebony coast to the north, a creek to the south and east, allowing the fort to be supplied with fresh water and Relief of the coast. 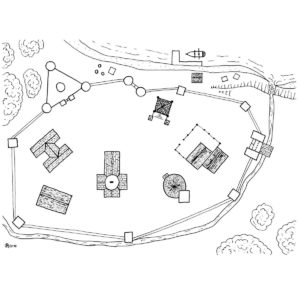 The outpost consists of: 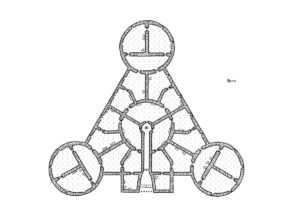 The fort, reflection of the trinity, is separated into three equal parts, each hosting one of the fathers of the order and its succession of servants and subordinates: the high prelate, religious and political authority, The military figure of the outpost, and finally the first inquisitor, charged with the maintenance of the purity of order and the preservation of his holy secrets. At the center of the fort is the command room, where the holy fathers meet to discuss the affairs of the order. The rest of the fort is divided between the study and meditation rooms, the libraries, the apartments of the fathers, and the quarters of the officers … 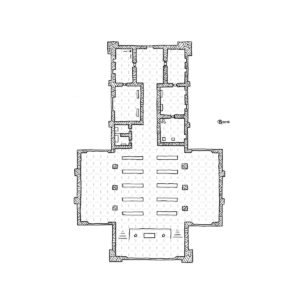 The church is located in the center of the bastion, at an equal distance from the other buildings, because grooms, soldiers or a blacksmiths, are all equal to Illius’ eyes. The church is oriented due south, because the sun is one of the physical representations of Illius. It is here that the high prelate organizes his congregation and structures the worship around the daily midday mass, but also the three prayers (sunrise, zenith, sunset). Apart from the Nave and the Transept, which form the bulk of the building, the church has several adjoining rooms: a confessional, a library containing the works necessary for daily worship and the instruction of priests, the baptistery where the new Believers are converted, the sacristy where the sacred objects of daily worship are stored, as well as the two chapels annexed to the right and left of the Nave. 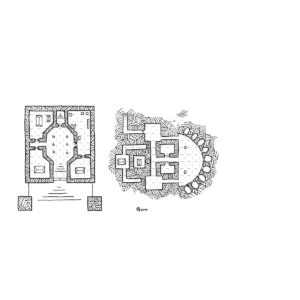 The mausoleum contains the relics of the 3 founding saints of the chapter, making Ilburg an obligatory stage of pilgrimage to the Holy Land for every servant of Illius. Held by the monks-inquisitors, the entrance to the mausoleum is guarded day and night and the meditation on the tombs of the founding fathers is very framed. Access to the crypt is permitted only to brothers who are members of the chapter and rigorously chosen by the inquisitors, and for good reason. It is in this sinuous crypt, it is said, that the most pious and powerful relics of the sons of Illius are stored. It is said that here are the sanctified remains of the nine famous martyrs, or that the most holy Lord Garonin Le Pieux, Ilburg’s first founder and holder of Sanctifier, his blessed solar blade would be buried here. But these rumors and those who spread them never last long…

The cottage, on the other hand, shelters the watchmen, the group of scouts and elite rangers of the outpost. Also worshiping Illius, their faith is more pragmatic and less spiritual than their other brethren. Known to haunt the neighboring woods, woe to anyone who dares to attack a pilgrim. When they do not hunt, they find themselves here in the gite to cut up their catch. The lodge is made of wood, shaped and carved according to ancient traditions and adorned with sacred solar runes. In addition to the storage rooms for equipment, food and game, the lodge has a large central room for patrolling, a leather-making workshop, and the production of arrows. Common room, heated by a large hearth and dormitories where the watchmen can rest between two rounds. A tower is placed next to the cottage, allowing them to get closer to the sun and giving them an overview of the outpost and its immediate surroundings. The gite is also surrounded by numerous training targets where the watchmen perfect their mortal art most of the time.

2 thoughts on “The Ilburg outpost”