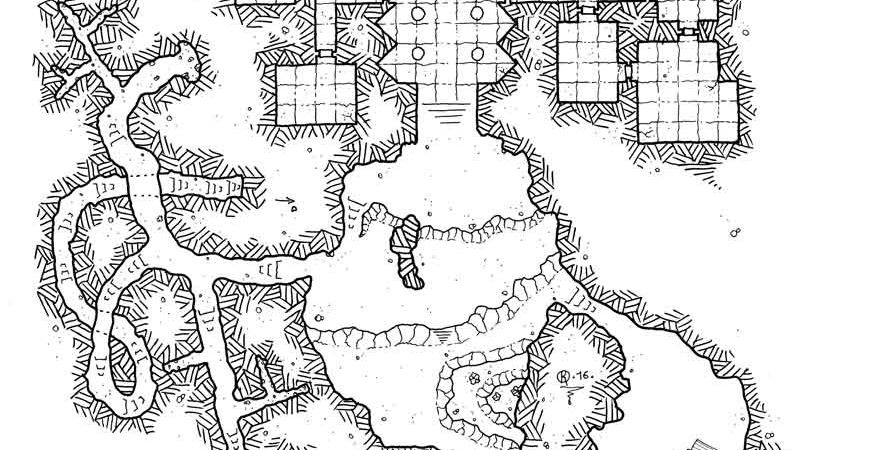 Here is the maps of #mapvember challenge Day 10 and Day 11 : #Elevator, #Goldmine 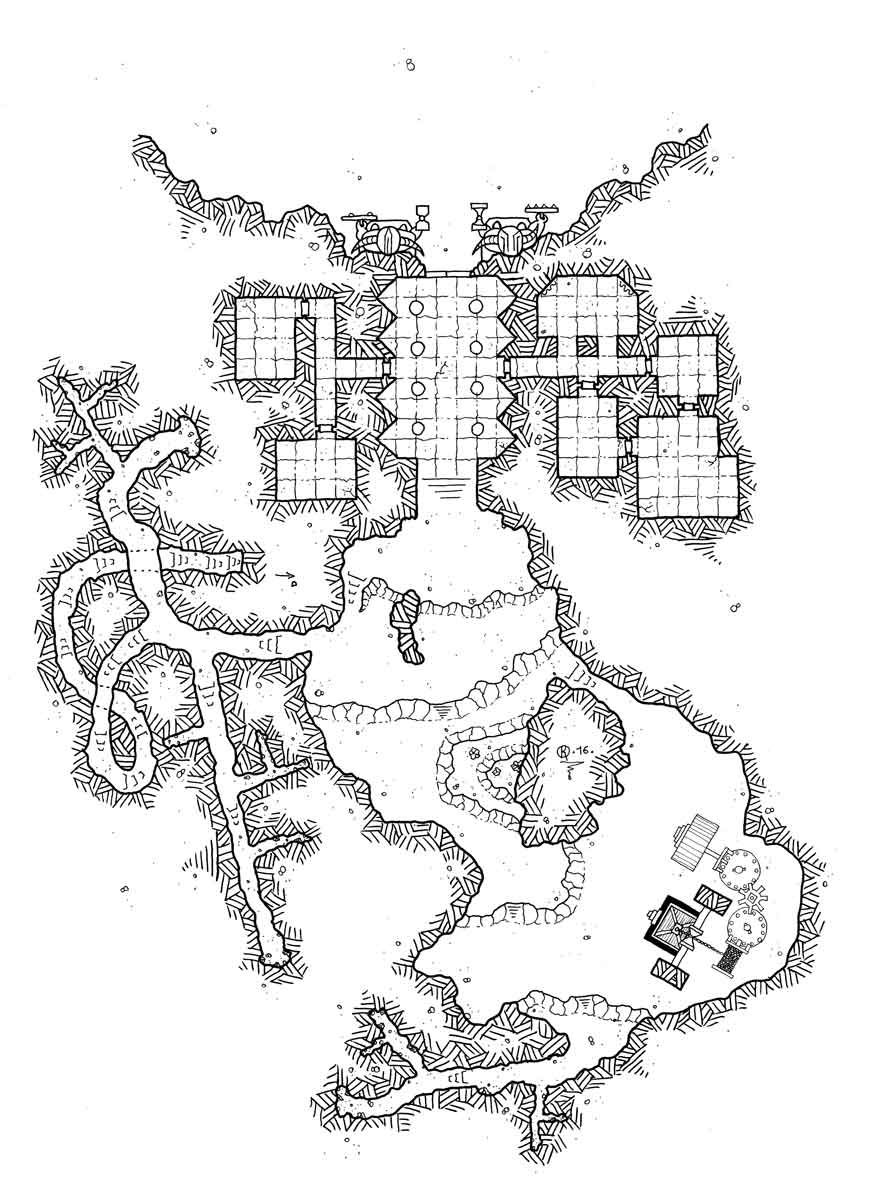 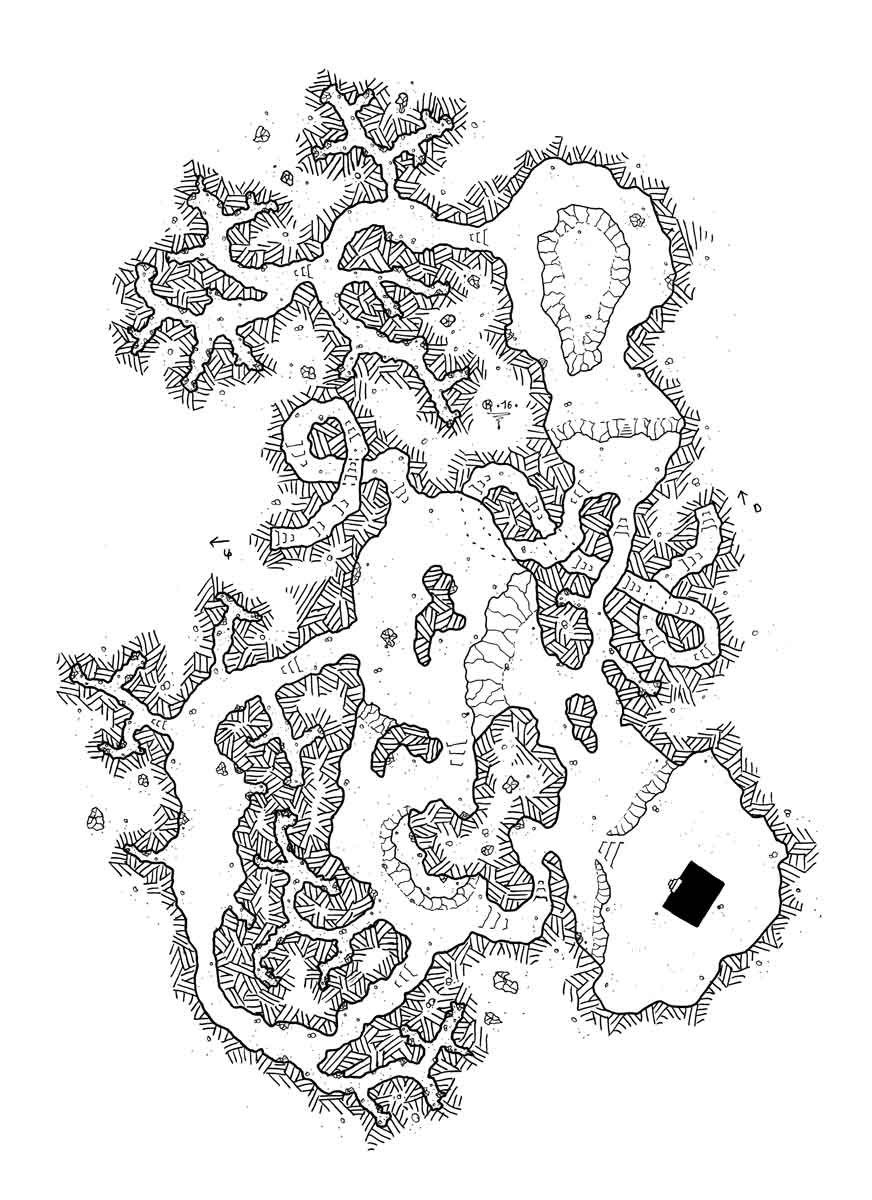 These scoundrel green skins will pay for it! I still can’t believe they dared to trick me like this! A few days ago, I awoke in a small cage hanging against the wall of a cave. The place was dark and damp, and I was obviously a prisoner. I was confused and I could not remember anything. As I began to ponder my situation, two terrifying Green Orks grabbed me and forced me to follow them into what looked like galleries of a Dwarf mine. The Orks threw me into a narrow tunnel already occupied by another slave busy at the task. “Break rocks and pick up shining stones, keep calm or Kaboum your face!” The most imposing of the two grunted to me. Totally frightened, I did what they asked without complaining. My companion in misfortune presented himself under the name of Edwin. He was shocked that I didn’t recognize him, and he told me he had been my disciple for many years. He tried to remind me of my past, my life as a magician, the agreement with the tribe of green skins, but I didn’t believe any of his words. He told me about the accident that had occurred a few days earlier. A rockslide occurred in a gallery after an umpteenth discord with the leader of the Orks. The memory gradually came back to me and I decided to take the risk and sneak in to inspect the famous gallery. Once there, I noticed that the support beams had been sabotaged. I had no doubt, the chief of the Ork tribe had tried to trap me. I will have no mercy.

Excerpt from ” The love of blue beryl” by Alys Onoric.