Hello everyone, here is a small special gift to wish you all a Merry Christmas and a Happy New Year!
At first I just wanted to draw a little humorous Christmas card! But it was without counting on my addiction to cartography! 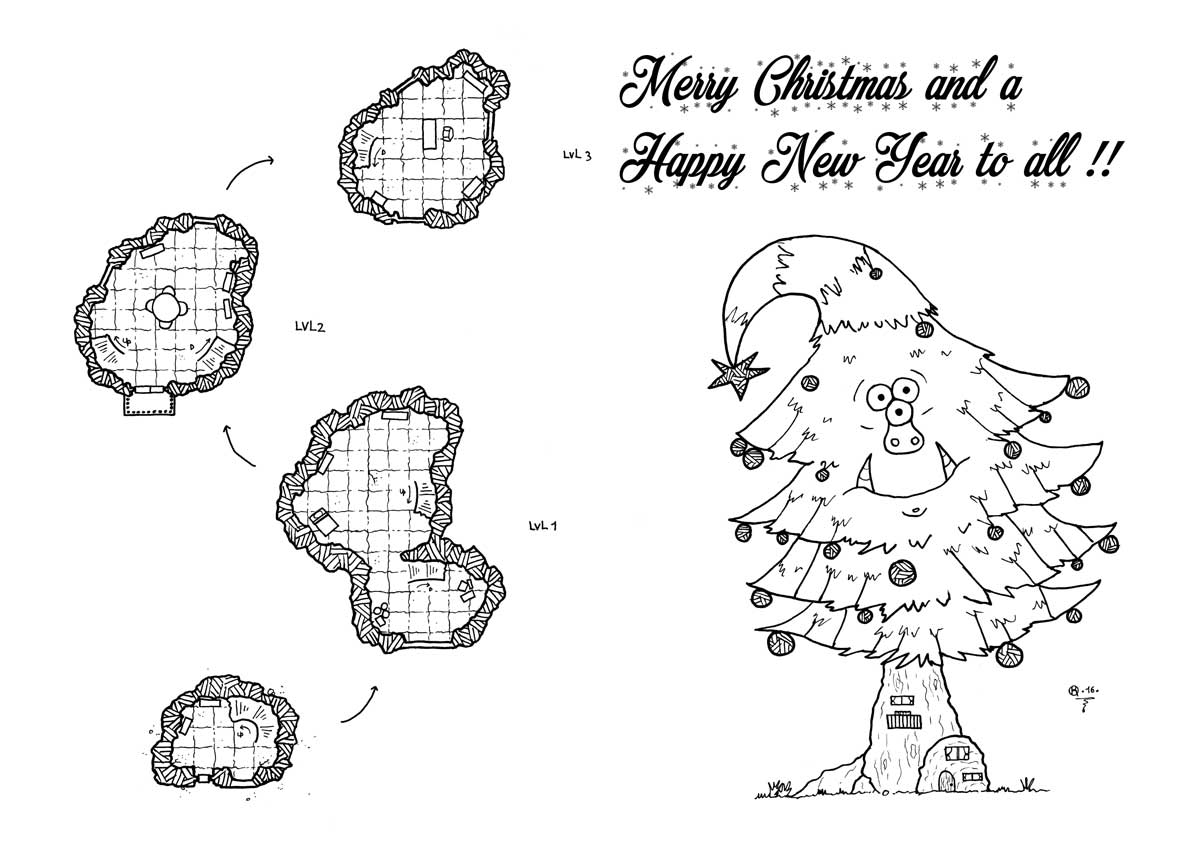 December 26th, year 1200;
When I arrived at the village of Algudious, I expected to see happy faces, great friendly banquets, cheerfulness, and joviality on every street corner. What’s more normal for the great secular festival in honor of Gudiou, god of happiness. According to tradition, trees are decorated with blown glass balls, ribbons woven from the most precious stuffs, and songs resonate in every home. People offer a lot of gifts to each other, share a good meal and celebrate the enjoyment of life. Instead, I found sad looking faces. The decorations were there, but obviously the villagers didn’t have their hearts in the party. I learned that several children had disappeared. I heard all sorts of descriptions of the culprit: a troll, a gnome, a goblin, a pixie, an imp. I had to help these poor people in service of my God. According to my first observations, everything led me to believe that the culprit was a gnome. I managed to follow his path into the forest, but I almost fled from fear when I saw this monstrous tree! Boogart burst out laughing at seeing me so terrified; he’s a man-tree of an extraordinary height and terrifying aspect, but in reality he has the soul of a child. It was in a hut, deep in his trunk, that I found the charming toddlers. They were playing cheerfully with Grunolf, a little gnome dressed in a red, flashy costume. Grunolf told me that he had kidnapped the children to protect them from Otzakrom, a vile and cruel being who kidnaps three-year-old boys to perform an evil ritual. I was welcomed as a hero by the villagers for bringing their children back. The feast in honor of Gudiou has been extended to be celebrated with dignity, and it is an honor for me to be able to participate in these festivities. Tomorrow, I will take care of this miscreant Otzakrom! For now a beer and a good meal are waiting for me.