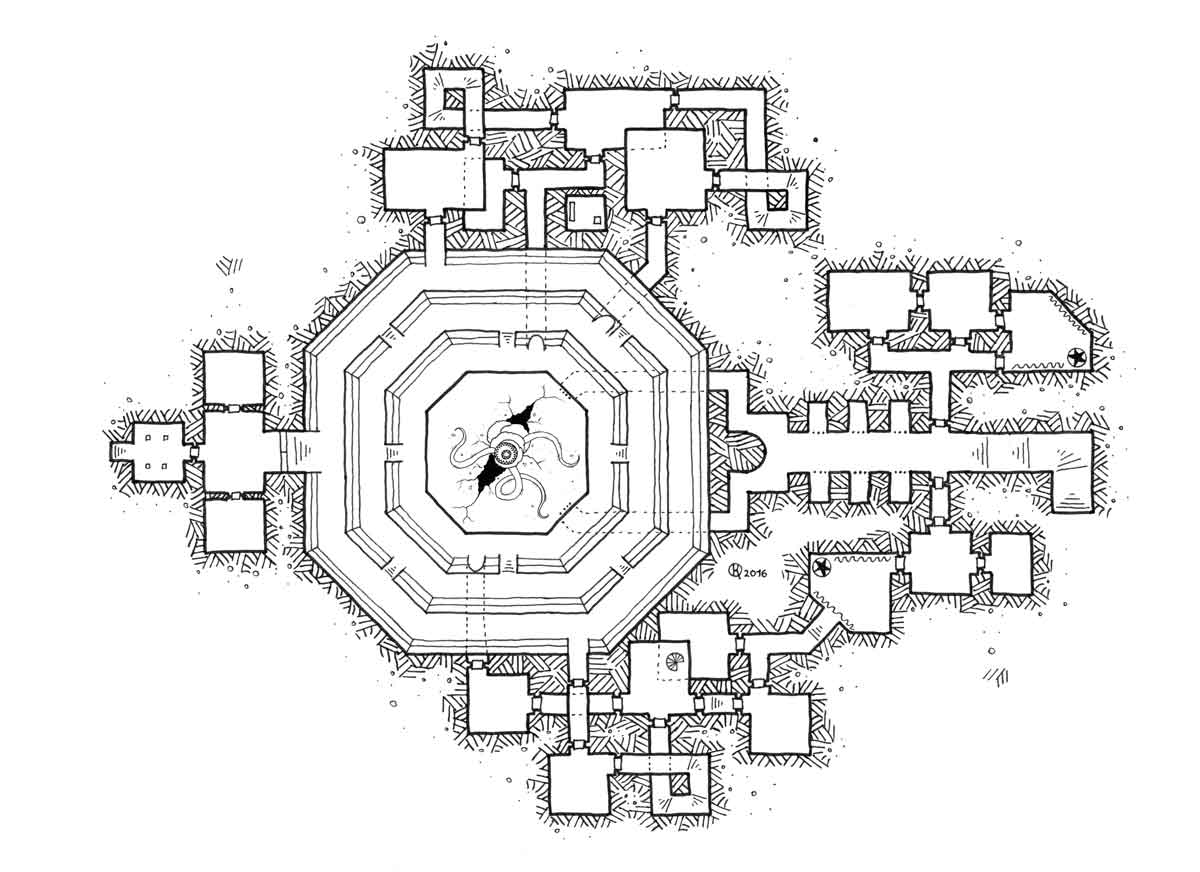 Like many large cities, Neikraps was built on the remains of an ancient civilization. The Slaver’s Guild turned an ancient underground temple into illicit arenas. The temple was built to enclose a powerful demon who was sowing destruction and chaos in the city. The priests managed to close the mouth of Hell and imprison the monster with powerful magic rituals. For hundreds of years, the demon was trapped, but hatred and violence caused by fighting slaves, organized to entertain wealthy merchants, have gradually awakened the beast. A gigantic worm with tentacles emerged from the earth. Town authorities are seeking a group of warriors to rid the city of this monstrosity.
Do you dare to face the demon and protect the city of Neikraps from the destruction? Who knows, maybe the priests left information on how to defeat the monster somewhere in one of the pieces of their ancient temple.