On the road to the fields of the Lord Mucc in the middle of the forest Strufale, stands in an almost inaccessible clearing, the ancient sanctuary of Torc, God of hunting and beasts.
What was once a square tower of white stones that rose above the treetops, is now only a base of broken tiles surrounded by incomplete walls that only rise 2 meters from the ground. The staircase that provided access to the upper floors and the blocks covered with moss at the edge of the woods surrounding the building are the only remains dizzying heights qu’atteignait the building in the past.
However, the statue that represents Torc still stands intact in the front of the remains of the tower. The statue became yellowish and partly covered with foam, the high sculpture of 3 meters with its base, shows the god as a hunter warrior with a shield and a spear broken, the naked body of a perfect man but with a boar’s head.
This place hosted twice a year the followers of the deity and all those who lived from products of hunting and livestock operations, according to legend was the scene of a massacre by orcs during the last green wave. The story tell that infantry armies of the Boar King were installed to recover but they were surprised by the green skins that surrounded them and sent their trolls destroy the white tower.
Later, the partially destroyed place would have served as a lair to an evil witch who was conducting experiments on poor travelers straying too far from the main road. The stories told by the elders tell us that the magician turned its victims into creatures similar in appearance to the god Torc: half-man, half-boar. The torcfares, as they are called, would have got rid of their creator and haunt the Strufale forest and the area around the shrine which saw them born. This legend encourages most of the travelers who take the road to the fields of the Lord Mucc to heavily arm themselves and cross the place as soon as possible. 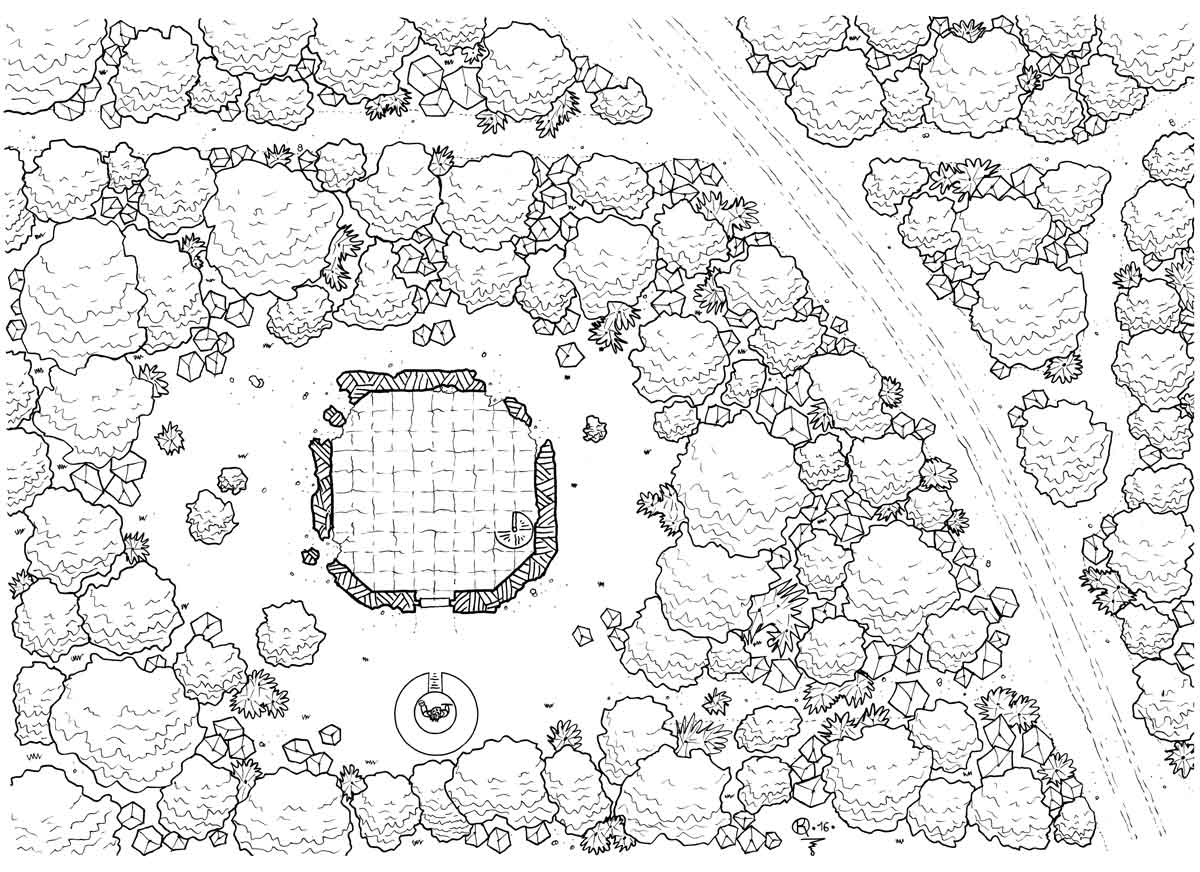